Last season's Queen Mother Champion Chase hero made a flying start to the current campaign when bagging a second victory in the Tingle Creek at Sandown - and he is a hot favourite to provide trainer Paul Nicholls with a sixth success in Saturday's Grade One feature.

The Ditcheat handler also saddles Duc Des Genievres. The grey won the 2019 Arkle at Cheltenham when trained by Willie Mullins and has been placed twice since joining Nicholls, at Cheltenham and Kempton respectively.

Last year's winner Defi Du Seuil returns to defend his crown - with something to prove.

The Philip Hobbs-trained eight-year-old was a red-hot favourite to win the Champion Chase after denying the now-retired Un De Sceaux a fourth Clarence House Chase success 12 months ago.

However, Defi Du Seuil disappointed at the Cheltenham Festival and again failed to fire on his return at Prestbury Park in November.

Ruth Jefferson decided to supplement her stable star Waiting Patiently earlier this week, at a cost of £5,000.

The former Ascot Chase winner ran an excellent race to finish second to Frodon in the King George VI Chase at Kempton on Boxing Day, and drops almost a mile in distance four weeks later. 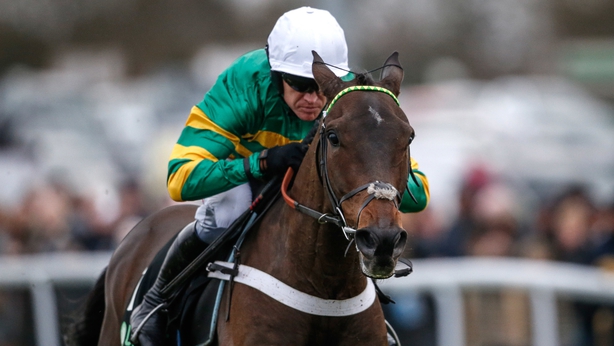 Meanwhile Buveur D'Air will face just two rivals when he makes his comeback in The New One Unibet Hurdle at Haydock.

The dual Champion Hurdle hero is in line for his eagerly-awaited return after being sidelined since he picked up a nasty injury to his hoof at Newcastle in November 2019.

The Nicky Henderson-trained 10-year-old had a six-inch splinter stuck in his foot when beaten in the Fighting Fifth Hurdle, requiring surgery.

It has been a long road, but Buveur D'Air has been pleasing Henderson of late and is now ready to return to the fray.

Royale Pagaille heads a field of 10 for the Peter Marsh Handicap Chase.

The Venetia Williams-trained seven-year-old relishes testing conditions and has registered convincing victories on this course and at Kempton this season.

Sam's Adventure, trained by Brian Ellison, demonstrated his liking for a test of stamina when landing the Tommy Whittle Handicap Chase over course and distance last month.

Anthony Honeyball is two-handed with Sam Brown and Acey Milan. The latter is one of five horses running from outside the handicap. The others are Lamanver Pippin, Potters Legend, Just Your Type and Claud And Goldie.

Allart, a highly-promising winner on his fencing debut at Ascot last month, will be a warm order for the race carrying his trainer's name, the Read Nicky Henderson's Unibet Blog Novices' Chase.

The seven-year-old is one of five declared for the Grade Two contest over two and a half miles.

The other Grade Two on the card is the Sky Bet Supreme Trial Rossington Main Novices' Hurdle, which also has a field of five.