Albert Bartlett winner Monkfish makes his eagerly awaited debut over fences in the opener at Fairyhouse on Saturday.

The Willie Mullins-trained six-year-old prevailed in a three-way battle at the Cheltenham Festival, from Latest Exhibition and Fury Road, in one of the best finishes of this year's showpiece meeting.

Monkfish always looked a chaser in the making - and Mullins, who has his string in red-hot form as usual, is excited about his return in Saturday's Jim Ryan Racecourse Services Beginners Chase.

"He jumps well enough at home - and all our novices this season have been jumping well," he told Racing TV.

"I'm looking forward to getting him out."

Mullins' great rival Gordon Elliott is likely to field the strongest opposition, this time in the shape of Escaria Ten.

Unplaced in the Martin Pipe at Cheltenham, Elliott is keen to see what he can do over staying trips this season.

"He's a lovely type of horse who looks as though he will be at his best as a staying chaser, and I'm looking forward to seeing what he can do this season," he said.

"He showed a nice level of ability on his first four runs last season, and I thought that he ran better than his final position would suggest in the Martin Pipe at Cheltenham on his most recent start.

"He's a little later starting off than some of our novice chasers, and I think he will come on plenty for both this run and a longer trip, but I'd still be expecting a solid showing from him. This does look a hot enough race, though." 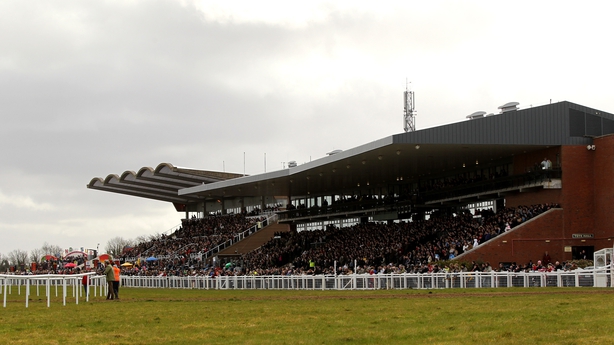 Noel Meade's Diol Ker, who beat Monkfish over hurdles last season, and the Mouse Morris-trained Sams Profile - second in two Grade One novice hurdles in 2019 but a faller on his first run for 566 days - are also among the 11 runners.

Elliott's Queens Brook steps up in class, having been defeated in Grade Three company last time out.

"I'm looking forward to running her again and I'm really interested to see how she gets on against some quality and more experienced mares," Elliott told Betfair.

"In terms of her season so far, I was happy with her first run over hurdles when she only just won but needed that run badly. She then went to Down Royal a few weeks later when she showed she had improved plenty from her comeback run, but she was just touched off late on.

"Ideally she would prefer further than two miles and ideally I'd prefer if I had a bit more time between her first and second runs - so in hindsight I was pleased with her Down Royal run and I'm certain there is more to come from her, especially at this trip.

"She's a lovely mare who is going well, and I could see her showing up well despite her lack of experience."

De Bromhead's Paloma Blue heads the weights in the 40,000 euro Easyfix Equine Handicap Chase - in which Joseph O'Brien's Us And Them, second in the 2019 Arkle, also lines up.