Frankie Dettori is already recognised as one of horse racing's all-time greats - and on Sunday he will bid to help Enable achieve a similar status with an unprecedented third Qatar Prix de l'Arc de Triomphe success.

Having come within a length and three-quarters of steering the John Gosden-trained mare to a record-breaking third victory in the Group One showpiece 12 months ago, the ever-popular Italian will be out to make amends at ParisLongchamp in what is likely to be her swansong.

Though the daughter of Nathaniel has a CV that is far superior to any other horse Dettori has ridden throughout his career, he believes only a win in the mile-and-a-half feature at the weekend will cement her place among the very best to have graced the annals of the Turf.

He said: "She is by far the best horse in terms of CVs that I've ridden. When you think of the likes of Fantastic Light and Daylami, I only won five Group One races on them and she has won 11. She has nearly doubled the Group One tally of any other horse I've ridden.

"For me, if I can win the third Arc, it is all for her. I will work hard to try to achieve that for her as I want her to be remembered as one of the all-time greats. She can only be called that if she wins a third Arc.

"She came so close last year and we will now roll the dice again." 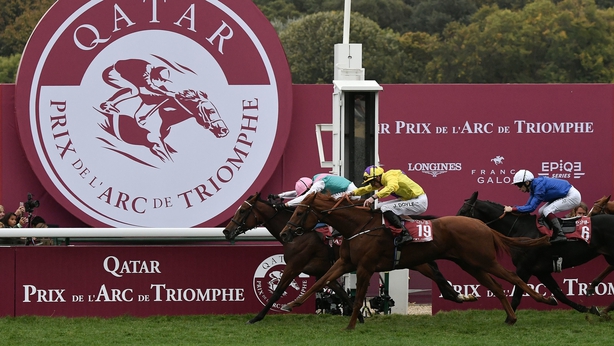 Riding an equine superstar like Enable comes with an added level of pressure, but despite the potential reward on offer, the 49-year-old feels more comfortable with the situation he finds himself in compared to the one he faced last year.

Dettori said: "I actually don't feel as nervous, as last year we were going for three in a row. Now that she has been beaten in the race last year, it takes a bit of pressure off.

"We know exactly how hard it is to win it. We are under no illusions - it's going to be tough.

"It took a while to get over it last year as we came so close and I was still in front with 100 yards to go. You always analyse what you could have done better, as does any sportsman, but that is gone now and we have to think forward.

"This year there will only be 1,000 people there so you are not going to get the same atmosphere, but we will still try to make history, however I do feel calmer than last year."

Enable has shown no signs of her form deteriorating this season after bouncing back from defeat in the Eclipse at Sandown on her return to become the first three-time winner of the King George VI And Queen Elizabeth Stakes at Ascot in July.

Having warmed up with victory in the same Kempton Group Three she took in en route to her 2018 Arc success, Dettori feels Enable is in the right place ahead of her date with destiny.

He added: "She has taken a lot longer to get her where we wanted in the summer. She has stayed in training for one reason and one reason only, and that is for a third win in the Arc.

"Everything has been about working backwards from the Arc. She picked up a third King George along the way which was great, as that was another record. I think John has got Enable in the best condition he can. I think we have her where we want her."

Assessing those set to take their chance against Enable in the French capital, the three-times champion jockey expects the biggest challenge to come from her stablemate, and triple Ascot Gold Cup hero, Stradivarius. 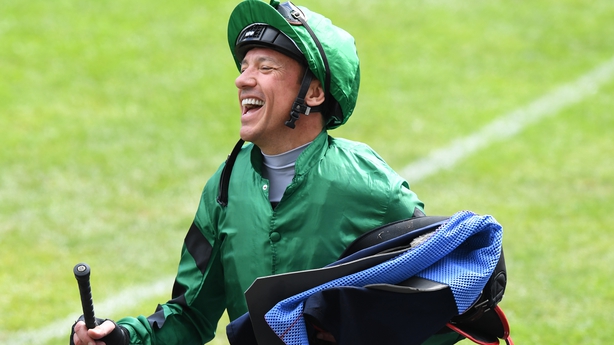 He said: "There is a lot of rain forecast at the moment and it depends how much we get. For sure it will be soft and it could be the extreme of very soft. That would put stamina into the equation and Stradivarius could come into the picture.

"He bolted up in the Ascot Gold Cup on soft ground and he is doing really well at the moment, so he would be a big threat which we have to respect

"Enable is in a good frame of mind, though. She is aggressive at home, which is always a good sign with her. She seems in a good place."

Given the affection Dettori has for Enable, it seems hard to believe he overlooked her in favour of then stablemate Shutter Speed on her first start at three in a conditions race at Newbury. But he explains at the time it was an easy decision to make.

He said: "Shutter Speed was a good work horse. It turned out that Enable is a different horse on the track and the rest is history really. It was an easy decision to make at the time, the way the two horses were working.

"It is amazing how work in the morning and performances in the afternoon can be so different. It is not just Enable who is like that. Palace Pier is the same and you wouldn't know he is in the yard in the mornings. Some horses need different environments to make them tick and Enable is like that."

Whatever result Enable achieves in the Arc, an outpouring of emotion from Dettori is assured - but for now his focus is on the task ahead and not what awaits in the aftermath.

He said: "It will be emotional on Sunday. At the moment I'm keeping strong. I've been there in the same position before, but at the moment it is about focusing on getting the lead up over and done with and making sure everything goes smoothly before getting my leg aboard her in the race. All my emotions will spill out afterwards.

"There will be excitement on the day, but I want to try to enjoy the moment and let the story all unfold."