Robbie: I thought Solo was very impressive at Kempton. How much do you read into that form? I'm not so sure.

He beat Fujimoto Flyer, who won a maiden in Killarney and won in France. I was very taken by Allmankind in Chepstow. My only concern is if the ground is good.

I don't think he goes any quicker on good ground than he does on soft ground. He went a relentless gallop that day at Chepstow. I travelled up around him on Cerberus, who is a Grade Three winner, and came to win the Grade One at the Dublin Racing Festival and threw it away for some reason. I don’t know why he did that.

Allmankind absolutely killed him from the second last at Chepstow. Dan Skelton said he would boil over in a one-man party, but until he boils over I would take a chance on Allmankind. 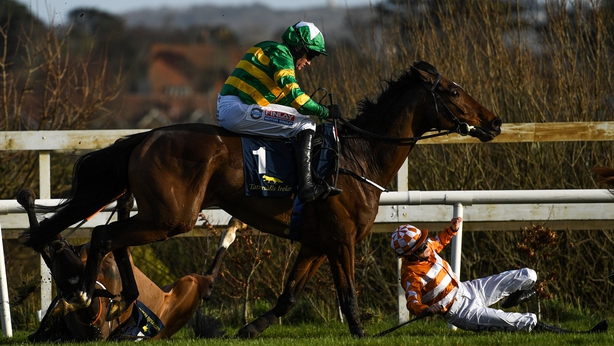 Ruby: Robbie has talked up Allmankind for his win at Chepstow. Chepstow is a frontrunner’s track. It does suit horses that race on the pace. I do agree Goshen has to improve jumping-wise. He was out to his right at Ascot. That will not suit in the Triumph Hurdle at this time of year on winter ground.

That is a huge disadvantage. I thought Solo did well in Kempton. But it was his first start. I don’t know how the handicapper has managed to rate him better than all these horses off beating Fujimoto Flyer. I wasn’t certain Aspire Tower was going to win watching it live at Leopardstown when he fell at the last. Watching the replay, he may well have done. But I’m actually a fan of the horse that won and that is A Wave of the Sea.

With a frontrunner like Allmankind who is going to go hard, Goshen, Solo and Aspire Tower are all going to sit behind and try to cover the pace. I think the race will turn into a slog and the strongest stayer is A Wave of the Sea.

At a big price he could definitely run into the money.

Robbie: Thyme Hill is a very, very good novice. He has pace, travels, stays exceptionally well and is the one to beat. I was very impressed with Harry Senior when he won on Trials Day. He has some very good form with Sporting John, who beat him in Exeter over two miles, and stepping up to three miles will bring more improvement and he has a very good chance.

But Thyme Hill is the one they all have to beat. He is a step above these. He was a good third in a Cheltenham bumper last year, is unbeaten over hurdles, and has the right attitude for a race like this.

Ruby: It's an open and difficult race. It is a race that requires a lot of runs and experience to win it. With the exception of last year’s winner Minella Indo, all the previous winners have had a lot of runs under their belt.

Thyme Hill was a good third in last year’s Champion Bumper and won the Challow Hurdle at Newbury.

He has done nothing wrong. Monkfish was beaten in a maiden hurdle on his first start this year. He was very good in Thurles when he beat Run Wild Fred.

Longhouse Poet was behind Latest Exhibition in Leopardstown. Few horses from that race are running.  But it is a horse of David Pipe’s that I actually fancy. I think he ticks a lot of the right boxes - Ramses De Teillee.

So 14 months ago he was second in the Welsh National behind Elegant Escape. He is a really strong-staying horse. He has a bit of age on his side.

He is after winning his last two hurdle races. With that age and experience, and guaranteed stamina, when a lot of horses have had enough of it, he’ll still be galloping.

Robbie: Looking at Lostintranslation and pulling up at Kempton, horses have off days. It happens. He had been to Carlisle and Haydock and won impressively. He went to the King George and bombed out of it. He was flat as a pancake. I could have pulled up after jumping two fences. He didn’t jump.

That is his biggest attribute and he didn’t jump that day. He was laboured. For that reason I think the King George was a terrible race because he was still there four fences out under sufferance. I should have been out of the race coming into the back straight for the second time. I was that flat.

He has had a little wind operation, he has been freshened up. His form around the New Course is exceptional. He was second to Defi Du Seuil in the JLT last year.

My only concern is soft ground, he needs better ground. I think he has a huge chance. (Latest going is soft, good to soft in places).

Al Boum Photo deserves to be favourite. Santini doesn’t deserve to be the same odds. Al Boum Photo was very impressive in winning this last year. I think it is a better Gold Cup this year, it is more competitive with better opposition. I wouldn’t swap Lostintranslation for anything else in the race.

If he turns up like he did in Haydock or Cheltenham last year, he’ll take a lot of beating. The drier the ground and the faster they go the better. He gives me all the the signals he will stay. 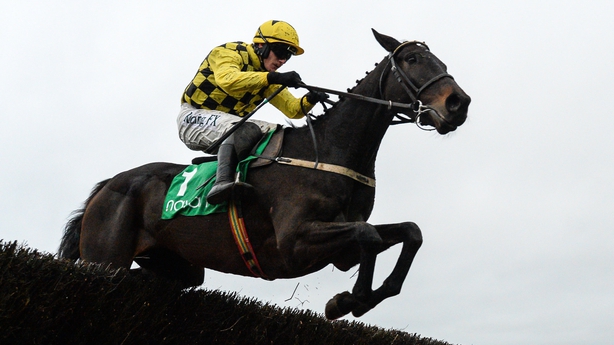 Ruby: I’m sticking with Al Boum Photo. I think last year’s race is the strongest form to go on. At the moment,  Al Boum Photo and Santini are both 7-2 and I just don’t get that when you compare their achievements.

Santini was behind Topofthegame in last year’s RSA Chase when Delta Work was third.

Delta Work has been improved throughout the winter in Ireland on each run and holds Kemboy and Presenting Percy on his Leopardstown runs.

Paul Nicholls is making a lot of good noises about Clan Des Obeaux. I will have to see it before I believe it, he looks more of a flat-track horse to me.

It is a different track and race. Al Boum Photo is the guaranteed stayer, Santini will stay but he is just a bit slow and wants a pair of cheekpieces to make him quick enough.

I don’t see much each-way value outside of these. There is always a surprise and perhaps Elegant Escape could be one to look at for a big price.