Ruby: I think this is possibly the weakest of the novice chases. Itchy Feet and Mister Fisher are probably the best of the English.

Faugheen is a good price at 6-1 for an each-way bet from an Irish point of view. It has been six years since his first win here and we'd all love to see it one more time. If he can repeat the performance from Leopardstown, it'll certainly give him a great chance.

Robbie: I'm on Reserve Tank, he is a dual Grade 1 winner over hurdles. His form over fences, albeit he won a Grade Two, has been very disappointing.

We’re holding out the hope that he is going to improve in the spring  of the year, like he did last year. His jumping needs to be improve as well. 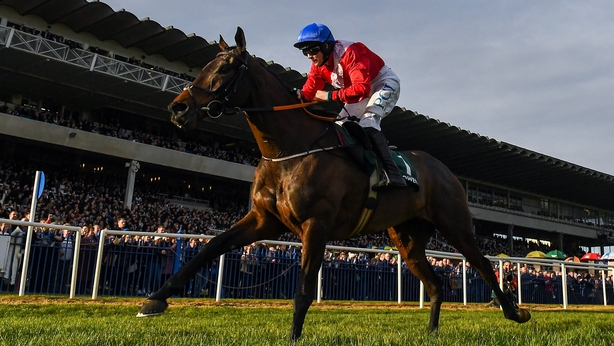 Ruby: I gave Min a shocking ride here last year. That is why he was so bad. I think the race is stronger than last year, so I can’t see Frodon repeating it. I think Riders Onthe Storm was a lucky winner at Ascot on his last start. He actually fell in the handicap that A Plus Tard won last year.

He has improved a good bit, but I just can’t have him as a Ryanair winner. I think it’s a match between A Plus Tard and Min. Min has been to Cheltenham three times. He has run into Altior.

But he just hasn’t finished as strong at Cheltenham as he has at Punchestown or Aintree. I think A Plus Tard, with his course form, could just outstay Min.

Robbie: I rode Min at the Dublin Racing Festival and I think he wins the Ryanair. I was impressed with him  that day. I think stepping up in trip is definitely going to suit him. He didn't fire at Cheltenham last year, but he was very, very impressive at Aintree after that. He was unbelievable.

Everything is in his favour, he has had great preparation. Everything has gone well. A Plus Tard won a handicap at Cheltenham last year and is better going left-handed.

I just think Min has proven Grade One form over the last two seasons. Min’s form, of twice being second to Altior, is good enough to win this. Ruby: Paisley Park is an incredible horse. What do I think? I think it’s a very difficult race. Jockeys can’t team up and ride up as a team against one horse.

Until enough rides form an opinion that the only way to beat Paisley Park is to actually follow him, and they’d all have to do it, then Paisley Park is going to keep winning. I can’t see it happening. A few will definitely go in front, good and fast, ahead of Paisley Park.

I think Bacardys at 16-1 would be one I’d put up each-way. He has been freshened up since a disappointing run at Christmas.

He beat Apple’s Jade earlier in the year when Robbie rode her. He is coming back to himself.

It’s a race to back without the favourite.

Robbie Power: The only thing that can beat Paisley Park is a slow pace. Aidan Coleman rides him nice and quietly. If you watched back on Trials Day, Johnny Burke was very, very good on Summerville Boy. He got Paisley Park off the bridle and caught flat-footed for a few strides.