Few would have marked the six-year-old down as a likely contender for the two-mile hurdling crown following an abject display in the Mares Novice' Hurdle at last year's Cheltenham Festival.

However, after following up a sparkling seasonal reappearance at Newbury with an equally impressive success in the Christmas Hurdle at Kempton, the JP McManus-owned mare was sent off the the well-supported 2-1 favourite.

Always travelling well in the hands of Barry Geraghty, Epatante loomed into contention before taking over the lead from Darver Star at the final flight. 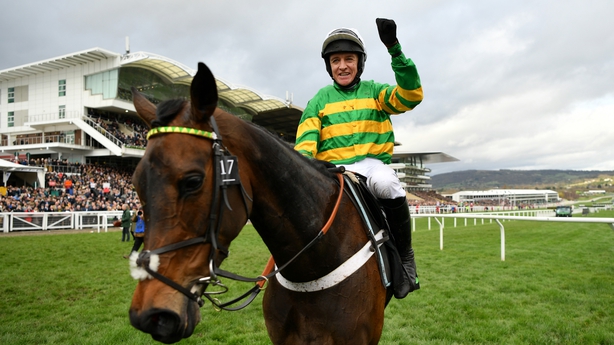 Sharjah came from a long way back to throw down a challenge on the run-in, but Epatante never looked in serious danger of being caught and passed the post a facile winner - much to the delight of the majority of the crowd.

Henderson was completing a double on the day, having earlier landed the Supreme Novices' Hurdle with Shishkin, and is once again the winning-most trainer in Festival history with 66 winners, one clear of Willie Mullins.