Ruby Walsh: I just look at Envoi Allen, he has seven starts and seven wins. He is rock solid. He won a Champion Bumper, two Grade 1 novice hurdles. I just think he is rock solid and very hard to beat. Willie runs The Big Getaway, Robbie rides The Big Breakaway. I think there is no doubt Envoi Allen is the best of the Irish.

Robbie Power: I think with the exception of Envoi Allen that the English novices are ahead of the Irish novices over all three distances. Envoi Allen sets a huge standard here and will be very hard to beat. I think The Big Breakaway is very, very good. I just think for a five-year-old after two runs on a racecourse, it'd be a huge ask to win this. If he does then he is very, very special.

He has won twice without coming off the bridle. It is tough for a horse to go to Cheltenham without having come off bridle and he is going to have to come off the bridle in this. I think Envoi Allen will be hard to beat, but The Big Breakaway will be winning races at the festival at some point. 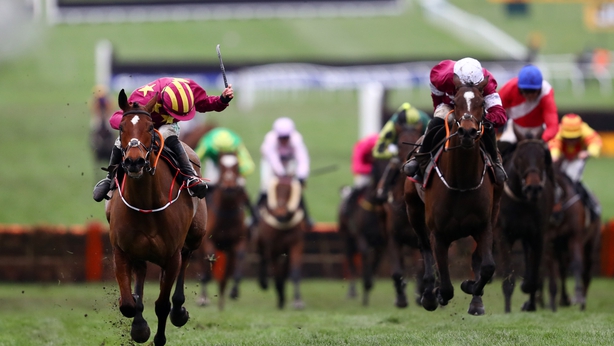 Ruby Walsh: Champ was an outstanding novice hurdler and I think fall in "The Dipper" will be a big help to him because he was getting a bit lackadaisical.

He was getting a bit careless and banging his head off the ground will have opened his eyes for him.

Minella Indo hasn’t done it for me personally. Laurina ran over him in Gowran and I wasn’t that impressive with him in Navan.

I do like Allaho. It’s quite open with Copperhead in the mix too, he has had three jockeys for three wins including Robbie Power so maybe he knows.

Robbie Power: I think Champ is probably the lay of the week. None of his jumping has impressed me, including twice winning at Newbury. Ruby thinks the bang on the head will do him good, I think he’ll get another bang on the head.

He is going to be put under pressure. The only thing that might help is if going quicker makes him jump better. But that doesn’t always work out.

I was impressed by Allaho in Fairyhouse. However Copperhead was very good the last day and if the ground dries up I wouldn’t rule out Slate House each/way.

He is a Grade 1 winner and won the Kauto Star Novices on Stephen’s Day with loads up his sleeve. 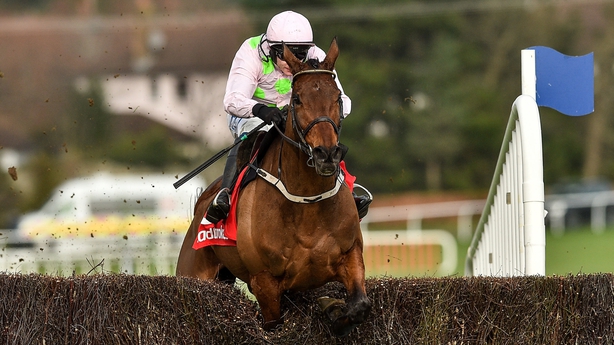 Robbie Power: (said before Altior's withdrawal): I was very, very taken by Chacun Pour Soi last year. To do what he did in what was probably his second run over fences was incredible. Defi Du Seuil, people argue he was coming to the end of a hard season, I’m not so sure. I think Paul Townend might be a bit more patient on Chacun Pour Soi. He is a very strong traveller and the race could set up in front of him.

Defi Du Seuil’s form is against one horse in Un De Sceaux who was 12 and is retired now. I rode Min in the race at Chirstmas that Chacun Pour Soi won and I thought it was ridden like a proper race. He came around me turning into the straight - hard on the bridle – and got a bit tired from the back of the last to home.

But when you go that relentless speed over two miles early on in the race, then horses don’t finish strongly. If he is more patient on him he could take a lot of beating.

Ruby Walsh: We were told about Altior on Saturday but they were hopeful the injury was healing quickly and he would be able to take his chance. It is disappointing for the meeting and the race, he was the defending champion and has been here for the last four years. He won the Supreme, the Arkle, two Champion Chases. He was a star name.

There are two horses who looked like taking him on - Defi Du Seuil and Chacun Pour Soi. We're down to the two of them now. Barry Geraghty won the Champion Hurdle on Tuesday, his confidence will be up on Defi Du Seuil.

I rode Chacun Pour Soi out on Monday morning and he's in really good nick. Paul Townend rides him.

It'll be an interesting, tactical race. I would like to be riding Chacun Pour Soi, he's a hell of a good racehorse and is exceptionally talented.

Defi Du Seuil is a very good horse but I'd be in the Chacun Pour Soi camp.