After a particularly trying build-up, Cheltenham looks almost certain to go ahead, which will be a great relief to the legions of sports fans who could do with some cheer.

Conditions promise to be quite testing on both the hurdles and chase course.

1.30 Sky Bet Supreme Novice Hurdle
Abacadabras ran well in the bumper at this meeting last year. He looks to have grown up plenty this season, his only defeat coming when second in a red hot renewal of the Royal Bond at Fairyhouse last November. That form arguably entitles him to favouritism here. He appeals as the value play. A lack of experience may hinder Captain Guinness. He looks to be a serious talent though, and could hit the board at a big price.

2.10 Racing Post Arkle
The soft ground is a nagging concern for Notebook. It's not enough to steer me away from this tough, progressive, bold jumping sort though. He looks a worthy favourite. Maire Banrigh is on some roll. She needs to step up here, but is respected in receipt of the mares allowance.

2.50 Ultima Handicap Chase
Vinndication is another market leader I struggled to get away from. He ran a perfectly respectable race when fifth in a strong renewal of the JLT last year. He looked to relish a step up in trip when winning in Ascot on seasonal comeback. He has the scope to cope with a rise in the weights. No Comment has jumping issues, but if putting things together is well-handicapped. He could well give birthday boy JP McManus something to celebrate. 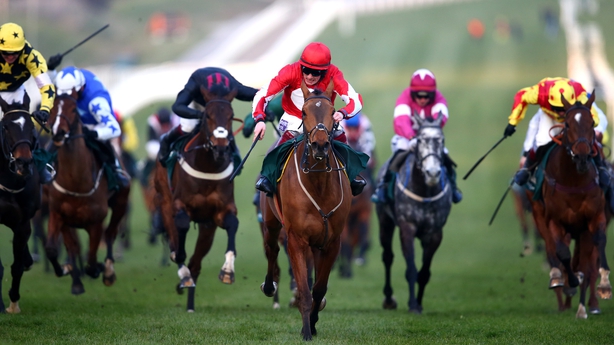 3.30 Unibet Champion Hurdle
This looks an ordinary renewal. Perhaps Ballyandy can take advantage. He's in form, likes Cheltenham and testing ground. That might be enough here. Darver Star needs to improve a bit. He's improved plenty of late though and would be bang there if finding further progress.

4.10 Close Brothers Mares Hurdle
A mouthwatering clash. The betting looks about right to my eye. Benie Des Dieux looks to hold a slight ability edge over Honeysuckle. She can prove it here.

Trainwreck is a relatively unexposed handicapper. His chasing career has had more ups than downs so far. He looked to be getting it together in a valuable handicap in Leopardstown last time out. There's substance to that form. He can go close off a three pound higher mark here. Galvin looks to have been laid out for this race and is respected.

The Hollow Ginge appeals at a tasty price. He's a progressive sort who promises to be suited by this extreme stamina test. Carefully Selected will be hard to beat if cutting out the jumping mistakes. That's a big if though, and he's a short price.