Robbie Power: Fiddlerontheroof was a very good winner of the Tolworth on very soft ground in Sandown. He and Asterion Forlonge are the only Grade One winners in the race. He was very impressive that day in Sandown.

The softer the ground is, the stronger his chance. If it gets very soft, Fiddlerontheroof has a very strong chance. He is a strong stayer over two miles. He'll come up the hill.

I question Abacadabras on very soft ground. It might blunt his speed. He is a very quick horse.

Shishkin has won two nice races impressively. It was a little bit workmanlike maybe in Huntingdon in what wasn’t a great race. I think my mount Fiddlerontheroof has a great each-way chance.

Ruby Walsh: I fancy Shishkin. I think he has the pace to travel in a good position. I’m not sure Fiddlerontheroof has the early pace to hold a position he’d like to be in.

That is the advantage Shishkin has in my view. The way he has hit the line in Newbury and Huntingdon, I’d be in the Shishkin camp. 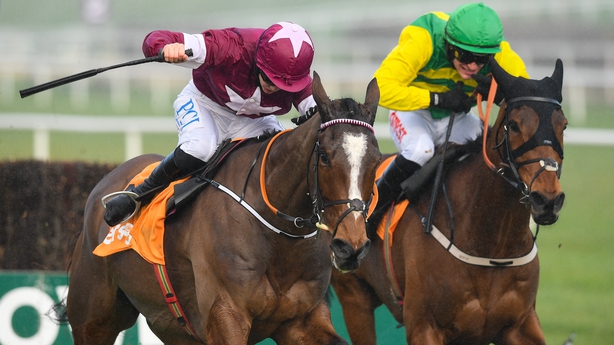 Robbie Power: Notebook has been good. He has won twice at Leopardstown, he beat Fakir Doudairies the first day, he beat Cash Back the second day. I was more impressed with Cash Back the last time than I was with Notebook. Notebook jumped a shade to his right all the way.

I actually fancy Cash Back. I actually rode him over hurdles last year. He is a keen-going horse and a strong galloper over two miles. I don't think he knows when to stop galloping. On soft ground he will come up the hill strongly. He will have learned a lot the last day.

I’d be with Cash Back to reverse the form. I question the form (of Fakir Doudairies) when Samcro fell at the second last. There wasn’t much 'would he or wouldn’t he have won’. Samcro has let that form down. He hasn’t run since Christmas, which isn’t ideal for a novice. I know he is a brilliant jumper, but the more experience he gets the better. There will be plenty of pace, there always is in the Arkle. There’ll be lots of English horse to force the pace. It’ll be fast and furious.

Ruby Walsh: I think Cash Back is quite a difficult ride and forward-going and keen. I didn’t like what Notebook did on the way to the start at Leopardstown.

With 11,000 or 12,000 people at Leopardstown, and multiply it by five at Chetlenham, there is going to be way more noise, buzz and an intense environment. I think Fakir Doudairies, the way he jumps, is the best jumper of the three. 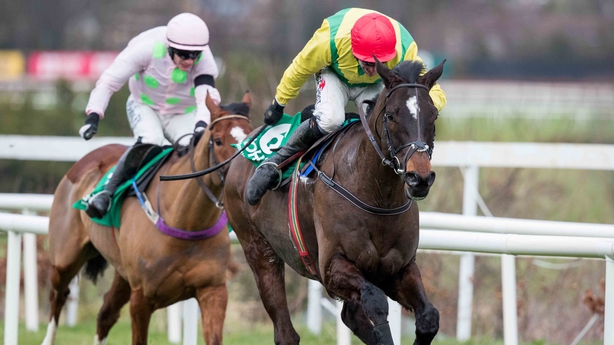 Robbie Power: When Supasundae was 25-1 after the Irish Champion Hurdle, I thought it was an insult to the horse. In two runs at the back end of last season he beat Buveur d'Air and was second to him. If Buveur d'Air was in this race now he'd be odds-on.

I thought he ran as well as he ever did first time out. With the year that is in it, it is not a vintage Champion Hurdle. Epatante blew out in Cheltenham last year, running no sort of race at all.

Pentland Hills won the Triumph last year, but his form this year hasn’t been good enough.

Cilaos Emery has been chasing and is coming back to hurdling . He was very impressive at Gowran Park in the Red Mills Hurdle.

Supasundae is a proven Grade One winner, he won twice over two miles at Grade One level. He beat Faugheen on one of those occasions. I think he is good each-way value.

Ruby Walsh: I actually do fancy Epatante. I think what beat her in the Mares’ Hurdle last year was she jumped terribly. She made five or six proper mistakes and I think that really took its toll on the day.

That was on the new course, this is the old course. Her jumping has improved no end and I think she’ll be hard to beat. 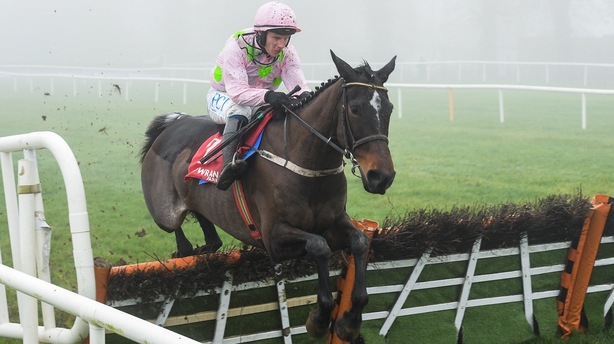 Robbie Power: I'm with Benie Des Dieux. I rode behind her in France and the last day in Gowran Park. She travelled very strongly in the race in Gowran over three miles. When Paul gave her a squeeze down at the second last she picked up and went away like a proper horse. She is very, very good.

Ruby Walsh: It is pretty much a match between Benie Des Dieux and Honeysuckle. I would be in the Benie camp. She was going to win last year until she fell with me. She has won in three runs since at Punchestown, Auteuil and Gowran Park.

The race was going to remind me of Apple’s Jade, Vroom Vroom Mag and Limini. A half a length and a short head is all that split them three or four years ago. It is a cracking race. It will be a great spectacle. I’m in the Benie camp, but I guess I have an allegiance to that association.

Ruby Walsh and Robbie Power were speaking at the Game On 2fm BoyleSports Cheltenham preview night.