What lies in store for the second day of the Dublin Racing Festival?

Just the 27 runners to contend with! Hopefully class will prevail in this handicap. Jeremys Flame has been highly competitive in graded company of late. Her jockey will appreciate the cover provided by this big field. Ena Baie heads the list of potential dangers.

Aspire Tower is impossible to oppose on the back of his course and distance demolition job over Christmas. He should cement his status as Triumph Hurdle favourite here. Never Do Nothing was the best of these on the flat. He would probably prefer quicker ground but looked a competent jumper on debut. He can chase the selection home.

The drop in trip isn't an obvious move for Easywork. Jack Kennedy will be conscious of making this a good test.  He sets the standard and is the marginal choice to prevail. Willie Mullins duo are feared. Asterion Forlonge, despite a nagging worry over his tendency to jump left, probably has the most potential of that pair.

Silver Sheen arrives here searching for his fourth win on the bounce. This unexposed sort is certainly not handicapped out of things. Hopefully this big field scenario will help Robbie Power to get the horse to relax early on. Column Of Fire is another novice the handicapper will be wary of.

Faugheen has spent this season stretching the definition of a novice chaser. The 12-year-old has also put up impressive back-to-back wins. He faces a strong field here but over what's probably his optimum trip he can prevail again. Battleoverdoyen is a serious prospect as a staying chaser. He may just lack the pace to deal with Faugheen on this day though.

Kemboy is arguably the most talented horse on show here. Unfortunately, he's inclined to throw in the odd round of sloppy jumping. That, coupled with running too free, was what got him beaten in the Savills Chase over Christmas. Expect a more professional display here. That should be enough. Delta Work is generally reliable, and can complete the forecast.

Articulum has come a cropper on his last couple of starts. He's a fundamentally sound jumper though and looks to have been given a chance by the handicapper. Shady Operator is another with potential to be better than his mark

Bigbadandbeautiful should prove very difficult to beat. She's a talented, improving mare and despite conceding weight sets a clear standard. Castra Vetera was an impressive winner on debut. She's feared most.

Watch live coverage of the Dublin Racing Festival at Leopardstown on RTÉ2 from 12.40pm on Saturday and on RTÉ One from 1pm on Sunday, with both days available on the RTÉ Player. Listen to live coverage on Saturday Sport and Sunday Sport on RTÉ Radio 1. 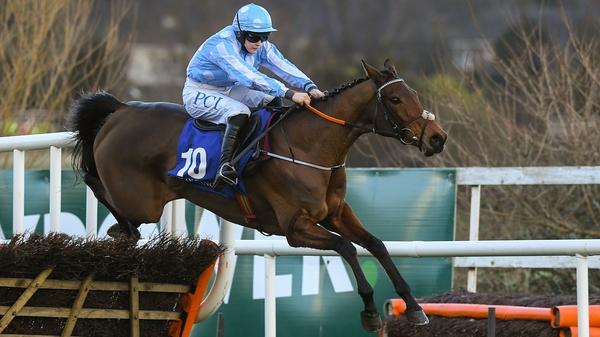