While some are still dreaming of a white Christmas, Joseph O'Brien is hoping for a wet one as he puts the finishing touches on his exciting novice chaser Fakir D'Oudairies.

O'Brien and Gordon Elliott were both at Naas racecourse last week to attend the promotional launch of the track’s prestigious Lawlor's Of Naas Novice Hurdle meeting on 5 January.

Tis the season for some high-class racing, with some mouthwatering duels on the cards #RTEracing pic.twitter.com/rnHQ010xa7

Elliott, who took the opportunity to work a number of his charges at the course, revealed that Envoi Allen will step up in trip as he bids to stretch his unbeaten record under Rules to seven races.

Prior to that, both trainers will be sending out large battalions over the festive period, with O’Brien particularly looking forward to seeing the exuberant Fakir D'Oudairies back in action - even if it can make for hair-raising viewing.

The JP McManus-owned French import won the Drinmore Novice Chase on his most recent outing and holds entries at Limerick and Leopardstown on St Stephen’s Day, but his handler hopes that ground conditions will allow him to take up his engagement in the Racing Post Novice Chase on the opening day of the Leopardstown Christmas Festival. 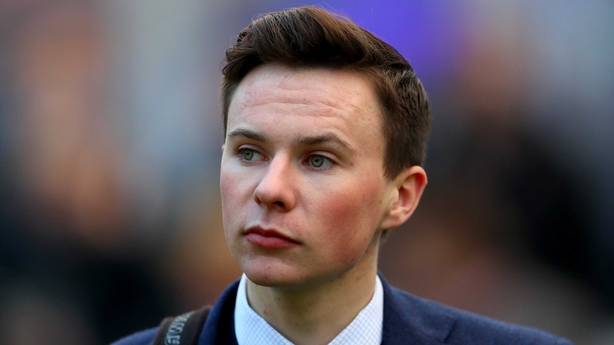 "He was a good hurdler last year and obviously he’s taken the transition to chasing well," O’Brien said.

"He has options in Leopardstown and Limerick over Christmas.

"Hopefully the ground might be slow, in which case he might go to Leopardstown, but he’s a very high-class horse and we’re excited about him going forward for the rest of the season.

"He really attacks his fences, he wears his heart on his sleeve, he runs fast and he attacks his jumps, and they have to go and get him if they’re going to beat him.

"It’s not always easy watching him because he sails close to the wind, but he’s a high-class horse."

O’Brien has three entries in the Knight Frank Juvenile Hurdle on the same day, with Pasley, Cerberus and A Wave Of The Sea all holding entries at the three-day stage.

The latter two of the trio locked horns in a Grade Three contest at Fairyhouse at the start of the month, with Cerberus getting the upper hand over his stablemate in the closing stages.

The winner had come up just short against A Wave Of The Sea on his hurdling debut at Punchestown, where he ran into a rival who arrived with crucial experience over timber.

"There’s a little bit of a turnaround at the weights at Leopardstown this time, so it might put them closer together, but they’re two high-class juveniles and we’re excited about them.

"Cerberus obviously has come out on top once and A Wave Of The Sea beat Cerberus previously, so there shouldn’t be much between them again."

Elliott’s Delta Work trailed in well behind Road To Respect on his seasonal reappearance in the Ladbrokes Champion Chase in November, but Elliott is anticipating a much-improved effort in the Grade One Savills Chase at Leopardstown on 28 December. 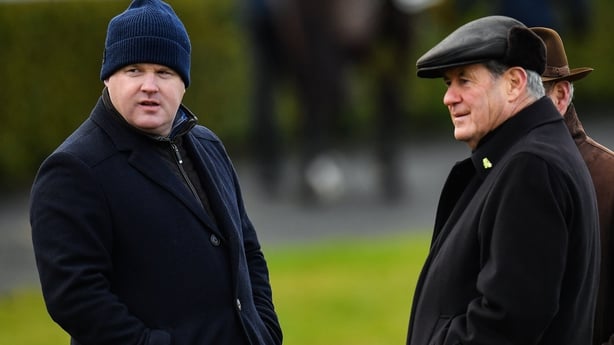 A winner at the top level at Leopardstown last Christmas, Delta Force bagged bronze behind Topofthegame in the RSA Chase at Cheltenham before scoring at the Punchestown Festival.

"He worked today as well and the plan is to go to the Savills with him," Elliott confirmed.

"He came back lame after that and we have him back sound now. He’s working well, so we’re looking forward to running him."

Champion Hurdle candidate Coeur Sublime also stretched his legs at Naas and remains on course for the Matheson Hurdle on 29 December at the Dublin track.

Battleoverdoyen was always going to be contesting a top novice chase at Christmas, but his trainer revealed that he will eschew the Matchbook Betting Exchange Novice Chase at Limerick in favour of the Neville Hotels Novice Chase at Leopardstown – the race won last year by Delta Work – on 29 November.

Samcro was travelling better than eventual winner Fakir D'Oudairies in the Drinmore before departing two fences from home and will bid to bounce back in the Limerick Grade One.

Abacadabras will run in the Paddy Power Future Champions Novice Hurdle on 27 December.