On the fourth day God created the sun, moon, and stars. Galway's fourth day features their showpiece hurdle. The mysteries of the universe are arguably easier to solve. We persevere.

Cheltenham Festival hero Early Doors makes his chasing debut here. Granted a competent round of jumping, he should have too much speed for the opposition. Dandy Mag was a smart novice hurdler. He's been missing for over two years. Given who trains him, fitness is unlikely to be an issue. He rates the main danger.

A trappy heat. Cool Colonade, Wicklow Brave, and Zero Ten have all displayed jumping frailties. Those frailties are likely to be exposed in this company. Moon Over Germany is an accurate jumper. Those skills were on full display when he dismantled a field of handicappers at the Aintree festival. His subsequent Punchestown disappointment is best forgiven. He can take advantage of a good opportunity here.

Waitingfortheday beat a progressive, in-form rival at the Curragh latest. It was a fair way back to the third. A six pound rise looks lenient. She can take advantage of a favourable draw. Honour Oak has a fine record at the track. She's generally reliable. If she can leave her last start behind, she should run well.

Surrounding has a penalty to carry. Factoring that in, she still comes out as the horse to beat on the figures. She's also far more reliable than most of tomorrow's opposition. She seems certain to go close. Her tactical versatility means she can use her low draw to advantage.

Cava hasn't lived up to my expectations of her. She runs to a solid level though. That level can see her chase the selection home.

Ash Hill probably didn't beat much when winning on hurdling debut. His bumper form was more than respectable. In a race which could turn tactical, his previous experience of making the running could prove valuable. Popong is another promising sort. He can give the selection most to think about.

A minefield. Tudor City isn't an easy horse to win with. This type of race does see him to best effect. He's on a workable. He should run his race, and is a nice each way price. Stablemate Golden Spear should also enjoy this test. He could go close on a going day.

A very tricky puzzle. Lusis Naturea is three pounds ahead of his adjusted mark. A change of stable seems to have had a positive impact. Further improvement is eminently possible. He's also well drawn. Greenpanda isn't well drawn but can probably still run well, without proving up to winning.

Ballylig finished third behind a couple of really smart sorts on debut. It's probably unwise to take that form literally. The fifth that day is probably a more useful yardstick. Beating him by 10 lengths suggests Ballylig should comfortably take care of the moderate opposition he faces tomorrow. The one to worry about is All Those Years. He's a well bred debutante. The market should be a useful guide to his prospects. He won't need huge ability to win this. 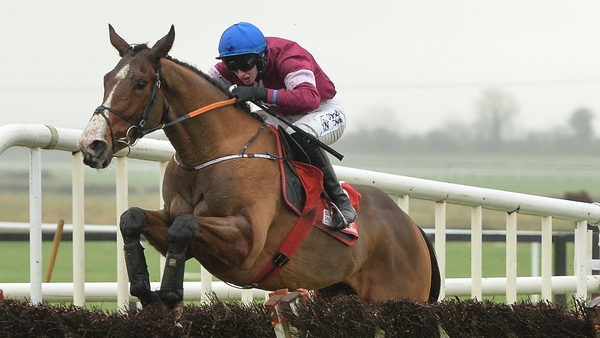