It's Galway Plate Day and competitive could be the theme of the day. All the handicaps have the feel of a minefield.

Sure if it was easy, everyone would be doing it. Here’s how I see the day unfolding.

Dancing On My Own sets a high standard here. His form behind Klassical Dream stands out in this company. Days Without End is far from exposed. He can chase the selection home.

Gallimh Abu faces a date with destiny. Presumably the owners named the horse with this meeting in mind. His run at Bellewstown in May was full of promise. That race was both handicap, and seasonal debut for Gallimh Abu. He ran really well for a long way, before fitness ultimately told. That run should put him spot on for tomorrow. Cooldine Bog heads a long list of potential dangers.

Harry Fry is a particularly crcumspect trainer. He wouldn't be a man to have social runners. His charge, Ena Baie, beat some in form rivals at Southwell latest. She can cope with an eight pound rise in the weights. Walking In Memphis is probably still well handicapped. She's greatly respected, though the drop in trip is a concern.

Buildmeupbuttercup will be a short order here. Justifiably so. If she runs within a stone of her Royal Ascot run, she'll win this comfortably. Formal Order looks the safest forecast option.

Coney Island will probably never actually deliver on the promise of his novice chasing season. He's a talented horse though. Sixth place, in a red hot Ryanair Chase at Cheltenham suggests he should be competitive in a handicap off a mark of 157. Snugsborough Benny is feared most.

8pm Bet With The Tote Handicap

Tauran Shaman looked a horse to follow when making a winning debut in Killarney. The handicapper was also very taken with that effort. An opening mark of 90, asks plenty of the horse on just his second start. Hopefully he can cope. Cosmic Horizon should enjoy the stiff finish.

Falak ran reasonably well in Leopardstown last time up. He should enjoy the greater stamina test of tomorrow's race. The handicapper has been kind, and Ben Coen takes off a valuable five pounds. Scaglietti looks a mare with some potential. She's an obvious danger. 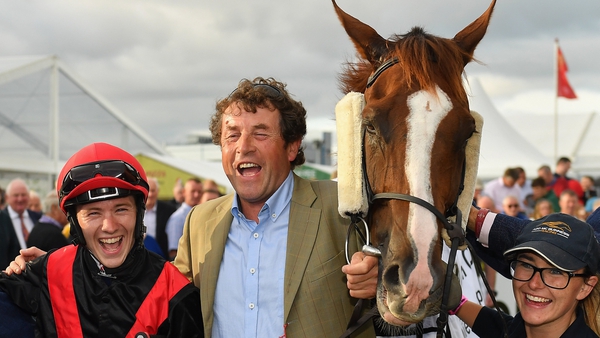