Soaring temperatures and clear blue skies will greet the Curragh faithful later this afternoon for day two of the Irish Derby Festival.

A Friday afternoon fixture is a rare bird in Irish flat racing. Hopefully a decent crowd can make it for what looks a cracking card.

Masteroffoxhounds is taken to confirm the impression of his impressive debut. That Leopardstown third is working out well, though the drop to six furlongs isn't an obvious move.

His draw is also a little worrying but you can expect a positive ride. He'll be hard to beat, with Dark Vader probably setting the standard in this one. 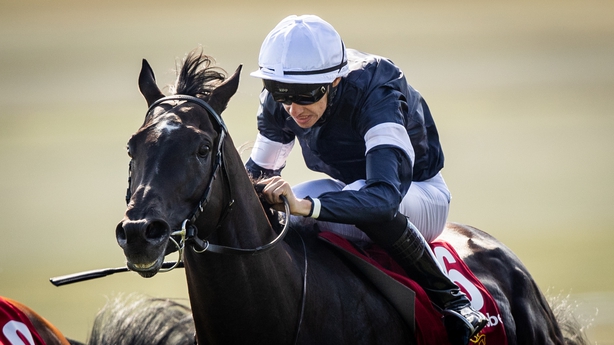 This probably boils down to a father and son match-up.

Southern France gave Stradivarius a scare on his penultimate start and that's the best form on offer here. His subsequent Royal Ascot run was a backward step.

Latrobe, on the other hand, showed notable improvement at the Royal Meeting. His fourth in a very hot Wolferton Stakes was a clear season's best. That was over a trip short of his optimum.

Perhaps it has just taken him a bit of time to find his feet after a busy campaign last year. He rates the selection to give Joseph O'Brien the bragging rights.

There are mixed form messages from both of Peace Charter's runs.

She looked the part on her debut but was a bit laboured second time up. I'm inclined to trust the initial impression.

Albigna scrambled home over course and distance last month. The first four finished in a heap that day. The obvious interpretation was that it wasn't much of a race. Subsequent efforts by the placed horses suggest that interpretation was in error. She rates a big danger.

Surrounding looks the best bet on the card. She's used to plying her trade in stakes races. The drop to a handicap gives her an obvious class edge.

Her headstrong tendencies are also more likely to be curbed by the faster tempo of this type of race.

The feature race. Pink Dogwood may have run out of gas late on in the Oaks, but the drop in trip should suit. She's a worthy favourite.

Wild Illusion is a high class operator. Her seasonal comeback does need a bit of forgiving though.

Happen is taken to outrun her massive odds. She was a little disappointing at Royal Ascot, though Aidan O'Brien fillies can thrive on a taxing workload. Her pedigree promises improvement at the longer distance.

A lack of obvious early pace makes this a tricky puzzle. Giga White is probably well handicapped. His three-year-old allowance catches the eye. He has a wide draw though, and is probably short enough in the betting.

He usually improves plenty for his comeback. His seasonal bow at Gowran was full of promise. He's not an easy ride. Hopefully Niall McCullagh can excel himself.

Again the eye is drawn to the three-year-olds. Nickajack Cave is bound to be justifiably popular with punters. At more rewarding odds, Hamley is worth a tickle.

This six-year-old mare probably hasn't finished improving yet. She bolted up in a course and distance handicap last year. A repeat of that would see her go close.

Her comeback last month should have her primed for tomorrow.