The Punchestown Gold Cup lived up to the billing. There isn't much between Kemboy, and Al Boum Photo. Kemboy just about found enough on the day. Then Ruby went and retired. Nice to go out on a high. He was a rare talent. We move on. On to Friday. The sports fan gets very little time for reflection.

Looks a highly competitive card. The Punchestown Champion Hurdle, despite being shorn of the Espoir D'Allen, looks a hot renewal.

A curiosity of a race. One for minimum stakes. Alpha Male won the race last year. He seems in poor form at the moment, but is still preferred.

Probably best to concentrate on those at the head of the weights. Hardline disappointed in the Arkle. He's generally a reliable performer. He enjoys a big class edge on most here. Real Steel is feared. Poker Party is a likeable type. He's also progressive, and a big run wouldn't surprise.

More questions than answers here. Buveur D'Air was disappointing at Aintree. I don't think the interference he suffered was the difference that day. Apple's Jade showed a lot of heart at Aintree. She was ultimately disappointing though. This is a big ask for her, though returning to a right handed track can help. Melon is a horse I'd oppose in a walkover. Supasundae is probably the one to side with. He won this race last year, and didn't look far off his best at Aintree. The drop in trip isn't ideal, though the better ground will help.

Hard to get away from City Island. He's such an accurate hurdler. That jumping technique, allied to plenty of boot in beween the flights, saw him run out a comfortable Ballymore winner. Trainer Martin Brassil sees the horse as a staying prospect. He may be right, but the horse travels really well. Sams Profile ran well in the Ballymore too. His habit of missing the odd hurdle holds him back. With a cleaner round tomorrow, he can chase the Island home. 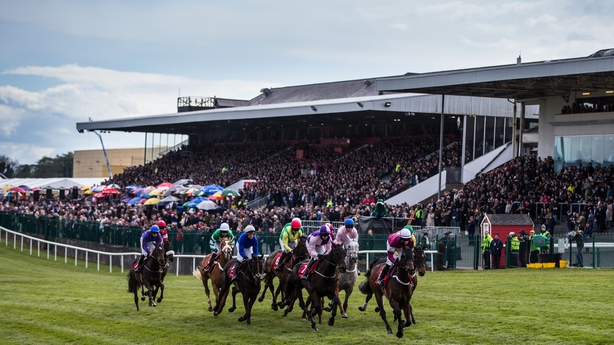 Burning Ambition looked sure to collect in the Aintree Foxhunters. He doesn't seem to find much for pressure, and without Derek O'Connor in the plate this time, is passed over. Ucello Conti stuck on well at Fairyhouse. This will be his fourth Spring festival though. Despite a poor effort at Cheltenham, defending champion Caid Du Berlais is feared. Stand Up And Fight gets the nod. As a seven year old, his best days should be ahead. He was probably disadvantaged by track position at Cheltenham. Freshened up since, he can make amends here.

Selection: Stand Up And Fight 7/2

A trappy heat. I wouldn't pay jockey bookings too much heed. The Fairyhouse run of Cash Back looks the best form on offer. Mister Blue Sky, Cash Back's conqueror that day, ran a perfectly respectable race earlier in the week. Breaken looked to have a big engine in Linmerick. He will need to settle, and jump, better here though. Dunvegan hasn't progressed as I thought he might. He's back in calmer waters here. A bold show wouldn't be a shock.

Those that have run under rules don't set an exacting standard. Longhouse Poet probably cost his new owner a few quid. Derek O'Connor, who rode him to victory in his sole point, retains the ride here.

Watch the Punchestown Festival live on RTÉ2 and the RTÉ Player, Friday (4pm) and Saturday (2.50pm)