The weatherwoman was as good as her word. A sun-kissed Punchestown will greet the faithful today. With drying weather set to continue, we will probably be back to yielding ground for tomorrow.

Persistent rain did little to dampen spirits yesterday. How could it? Un De Sceaux stuck his bonny head in front at tape rise. An exhibition of remorseless galloping, and pin point accurate jumping meant he never looked like relinquishing that lead. Amazing horse.

After a couple of cracking main events, the feature race looks a touch humdrum. There will be at least eight winners. Now to find some of them.

I backed Jon Ess at Fairyhouse. It was a frustrating experience. Jockey Rickie Doyle, possibly riding to instructions, decided to keep him out wide for the entire race. As a consequence, he forfeited a deal of ground. He looked an unlucky loser. A three pound rise in the weights asks more questions. In the expectation of a more efficient ride, I think the horse can cope. In a highly competitive heat, the claims of Le Vagabond, and Share The Honour were also respected.

Backing unlucky losers is usually a short cut to the poorhouse. Might as well be hung for a sheep as a lamb though. Another horse who should have won at Fairyhouse is Snugsborough Hall. I was a bit worried about the rise in class that day. The horse handled the step up in grade with aplomb. He sauntered into contention, before the wayward Mind's Eye carried him out on the run for home.

While it's hard to say definitively, he looked like he'd have won comfortably. In raising him only one pound, the handicapper has taken a compassionate line. The horse rates a confident pick to take advantage of that largesse. Bun Doran is a classy, reliable sort. He rates the main danger. 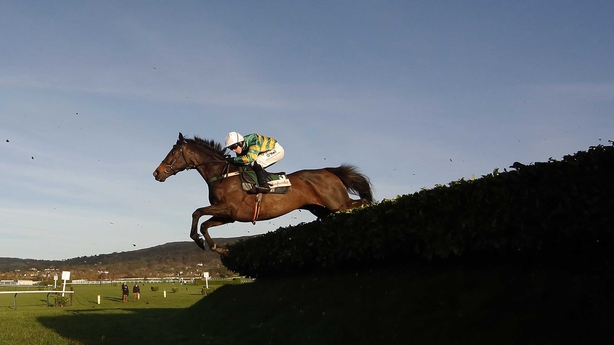 Josies Orders, runner up in the race last year, heads the weights, and the betting here. His latest effort behind Tiger Roll, looked up to scratch, and he should go very close here. At a bigger price, a chance is taken on Jarob. This horse has finished behind Josies twice this term. Both were cross country races at Cheltenham. At the festival, he was eight lengths in arrears off level weights.

In November, where Jarob received 10 pounds, just under two lengths separated them. Jarob gets a stone tomorrow. While he has never run over this track, his Cheltenham efforts strongly suggest the extra four furlongs will eke out some improvement. Sizing Coal arrives here in good nick. Lack of banks experience is the obvious concern.

This looks a weak renewal. The fast improving Not Many Left, despite being officially the worst horse on show, isn't easily passed over. Vision Des Flos looks the one. A six year old, he rates a likely improver at this trip. He comes here off the back of a disappointing run at Cheltenham.

Colin Tizzard's stable were under a bit of a cloud that week. His previous effort, a defeat of subsequent Aintree scorer If The Cap Fits, is strong form. The stable have a fine strike rate at this meeting. It won't take a huge leap forward to win here. Bapaume isn't easy to win with. Mind you, he won't get many better opportunities.

Cuneo isn't without his quirks. He's also probably the most talented horse in this race. His last three runs have been in red hot handicap company. He appears to be improving. The continuity of having regular pilot Rachel Blackmore on board, is another positive. Slight improvement tomorrow will make him hard to beat. No shortage of credible opposition on show. Roll Again is most respected.

Arguably the race of the week. Duc Des Genievres surprised me in winning the Arkle. It was probably a below par renewal. He did run away with it though. Defi Du Seuil's JLT win was more predictable. His duels with Lostintranslation this season, have been a joy to watch. I don't think the drop in will inconvenience. Defi would be my choice of the two.

Not my choice in the race though. An exceptional talent may explode on the racing scene tomorrow. Chacun Pour Soi put up a spellbinding performance, on chase debut at Nass. Backed as if defeat was out of the question, he just blitzed the opposition. It was hard not to be reminded of Douvan. His jumping was that good. It wasn't much of a race, though the third has won since. I'm going to trust my eyes. It will be some effort to overcome the two at the head of the betting. This looks like some horse.

After the previous race, I'm likely to need a sit down. Black Tears, and Elfile continue their mini rivalry here. They can probably fight out the finish. There obviously isn't much between them. This trip might tip the balance in favour of Gordon Elliot's mare. A gentle nod goes her way.

Some promising types on show here. The Big Getaway cost plenty of money. He's a very impressive specimen. He travelled well on rules debut at Navan. Lack of experience seemed to catch him out in the latter stages that day. Expect a more positive ride from Patrick Mullins. Hopefully he has the ability to match his looks. Cayd Boy will have cost his new owner a pretty penny. An immediate return on investment, would come as little surprise.