Mark Walsh has been confirmed as the rider of Anibale Fly in this afternoon's Randox Health Grand National.

Walsh takes over on the Gold Cup runner-up after intended rider Barry Geraghty suffered a broken leg in a fall from Peregrine Run in the Topham Chase over the National fences on Friday.

Walsh had been due to ride fellow JP McManus-owned runner Regal Encore, with that mount now going to Jonathan Burke.

The going on the National course was described on Saturday morning as good to soft, soft at the Canal Turn.

All landings on the Grand National Course have been watered overnight. 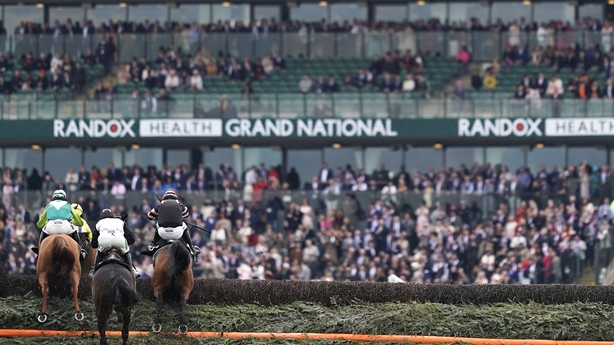 Clerk of the course Andrew Tulloch said: "It has just dried out since yesterday. We have had a dry night.

"The Grand National course is good to soft, soft at the Canal Turn. The Mildmay and hurdle courses are good to soft, good in places.

"I think going forward, I can see it drying out a bit. It is forecast to be a dry day with temperatures of up to 13C, some sunny spells and not much of a breeze.

"The ground may just quietly dry out, especially towards the Randox Health Grand National, as it is due off at 5.15pm.

"I am looking forward to a great day."