The opening race of Gold Cup Day at Cheltenham got off to a somber start after Sir Erec suffered a fatal injury in the JCB Triumph Hurdle won by Pentland Hills.

There were immediate fears for Joseph O’Brien’s four-year-old and the grim news was confirmed post-race.

Pentland Hills however ran out a shock 20-1 winner

Trained by Nicky Henderson and ridden by Nico de Boinville, Pentland Hills found plenty after the last, galloping up the famous hill to claim Grade One glory, having won a Plumpton maiden event on his only previous start over obstacles.

Henderson said of the winner: "He nearly fell at the first. I was then thinking, 'Nicky Henderson, I'm not sure it is a good idea', but then the rest was good.

"The amazing thing is when he won at Plumpton I was very impressed with him. He was so professional racing, and professional jumping."

"That goes and happens and your heart goes out to them, as JP (McManus, owner) is a good mate and is one of the great men of National Hunt racing."

Successful last year with the Bridget Andrews-ridden Mohaayed, Skelton's brother Harry did the steering this time, as Ch'tibello repelled the challenge of We Have A Dream to win at odds of 12-1. 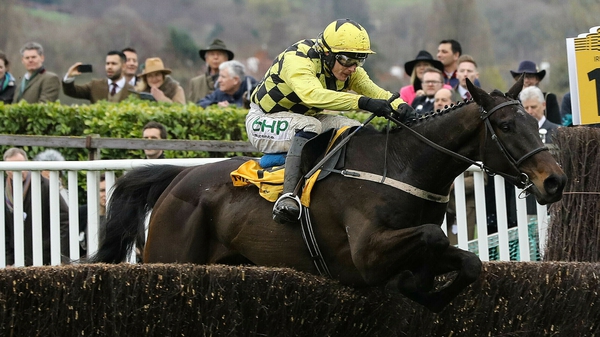