Bryony Frost secured her place in the record books as she became the first woman to ride a Grade One winner at the Cheltenham Festival with victory in the Ryanair Chase.

Partnering 9-2 shot Frodon for trainer Paul Nicholls, Frost was in the front rank throughout in the two-mile-five-furlong contest and the duo were marginally ahead of Aso jumping the last.

Aso appeared to just edge in front after the final fence - but Frodon would not lie down and he responded to Frost's every urging to pull a length and a quarter clear at the line.

As is his wont, Frodon went straight to the front and produced some prodigious leaps under a swashbuckling ride from Frost.

The challengers were queuing up from the home turn, but one by one Frodon saw them off - battling all the way up the famous hill to prevail by a length and a quarter.

Aso ran a fine race to fill the runner-up spot, ahead of Road To Respect in third. 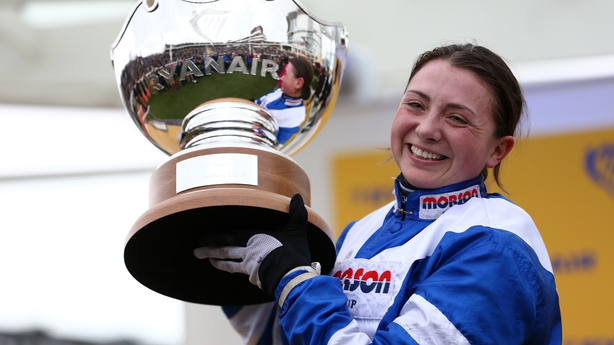 Frost - for whom Frodon was also a maiden Festival winner - said:

"My god, he jumps and just at that minute when he got overtaken, most horses would quit, but he grabbed me by the hands and said, 'don't you dare give up, don't you dare not send me into the last - I want this more than you, now come on, where are you'.

"Just look at what he's done there - deny that he just loves racing. He's unbelievable.

"He just made the dream come true, it's just incredible. He will deserve every single high five, pat and carrot." 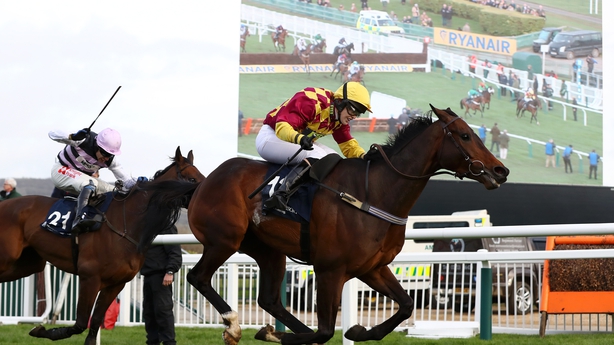 Later in the day, Lizzie Kelly got her name on the scoresheet aboard Siruh Du Lac in the Brown Advisory & Merriebelle Stable Plate Handicap Chase.

With Rachael Blackmore having also ridden a winner on the opening day, Kelly ensured she too would feature on the Festival roll of honour as she pushed Siruh Du Lac (9-2) all the way to the line to repel favourite Janika.