Johnny Ward casts his eye over what lies in store for the third day of the racing festival where the two main races of the day are the Stayers' Hurdle and the Ryanair Chase.

A tricky renewal, not unlike the Arkle in that nothing stands out. That race was somewhat chaotic; we can expect a better round of jumping from these generally.

Lostintranslation and Defi Du Seuil are 1-1 after their clashes this term, perhaps of some significance that Lostintranslation won the one time they clashed at Cheltenham, and he gets a tentative nod. Defi Du Seuil has gotten his career right back on the rails and he was a pretty ready winner at Sandown, whilst this track clearly holds no fears. He has to be respected.

They have an edge over Vinndication, who seemed to jump a bit to his right behind this pair last time, while Mengli Khan looks to have no chance on his own tendency to do that this season.

Kildisart is no forlorn hope for Ben Pauling,among the winners here Tuesday. He is hardy, consistent and progressive.

There's a full field for this race, which is no surprise, and nearly no end to the number of viable contenders, including Thermistocles, who got a really favourable mention from Joseph O'Brien in the media earlier this week.

Sire Du Berlais has done very little at the track – this is just his tenth start – but everything points to him having a very sound chance in the race for the connections of Glenloe, who probably should have won the race last year (touched off by Delta Work).

Barry Geraghty’s mount had a pretty perfect prep for this when a staying-on sixth at Leopardstown, form that looks strong but it hardly needs saying that he is capable of better. That was his first shot at three miles but he stays it and can improve over it. He is by the stallion of Don Poli, out of a mare who won a Grade 1 over fences and stayed two and a half miles.

Jessica Harrington's hand is strong. She has top weight Walk To Freedom and also Not Many Left, who has time on his side and is lightly raced at this distance.

This race is not for everyone but you cannot knock this renewal, which is arguably the best we have had since the event’s inception in 2005. There is so much to mull over with such quality and quantity on show.

The two leading women over jumps, Bryony Frost and Rachael Blackmore, ride fancied horses in this race who like to be up with the pace. Tactics between the pair will be fascinating; in any event, it will surely be run at a good clip, and I prefer to look at those who will be held up.

Footpad (below) can make the running but I would expect sensible riding restraint here under Ruby Walsh. He is not fully proven over the distance but it should be no issue. 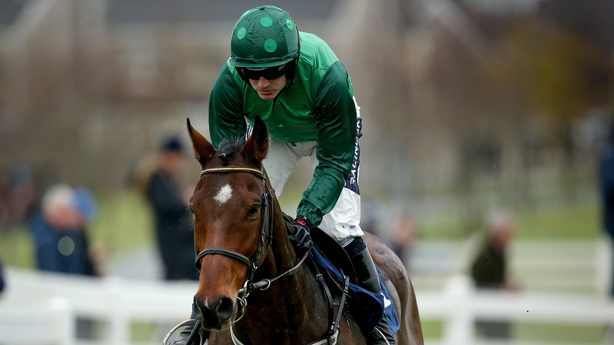 He was a sensationally good novice last term and we can put faith in Willie Mullins, in such excellent form, getting him back to his best. He will need to: the horse’s abortive campaign has not been at all ideal.

Monalee’s connections would have been daft to run him in the Gold Cup. This was the logical choice and he does not need to make the running, though he may well make it.

Road To Respect could also have taken the Gold Cup route. The rain-softened terrain has made this a more logical choice and he has to have a big chance – if he is over a tough race on hard ground at Leopardstown.

Paisley Park may well be one of the British bankers but he looks a pretty mad price right now. Indeed, an Irish jockey who has been riding horses beaten by him this season was said to tell a preview-panel audience that the British form was nowhere near good enough to make him a strong fancy relative to the Irish runners.

Faugheen could roll back the years here. He is the winner of this race on his staying form and he is really lightly raced at three miles, destroying Penhill (winner of this 12 months ago) at Punchestown less than a year ago. When he tackled Apples Jade this season, he fell, but he was going strongly and the vibes are good in terms of his work of late. 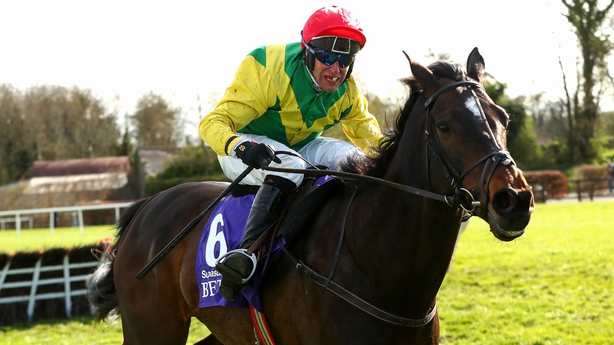 Supasundae (above) has a tongue-tie here for the first time, an intriguing development, and he was just touched off 12 months ago by Penhill. The more the ground dries out the better his chance, and he seems to be coming to form at the right time.

Bacardys has fallen in three of his last five starts, including in this race 12 months ago, but he was thereabouts at the time and is far from hopeless here.

Kalondra is a speculative pick in a small-stakes heat for Neil Mulholland. He ran in the Coral Cup here in 2017, beaten ten lengths off 147, and subsequent visits to Cheltenham have yielded a victory, a third and an unseat.

He bombed in November when last seen but will enjoy the soft ground and he has presumably been left for this. Mulholland had a spell earlier this month where he ran six horses over the course of a couple of days, only one of them favourite, and only one of them beaten.

Janika and Siruh Du Lac are close together on their course-and-trip race in January. Eamon an Cnoic is having his second run since a wind operation and he is off the same mark he had when he ran a nice race at Cheltenham 12 months ago, then not staying the extended three miles on heavy.

Splash Of Ginge, who was second at the Festival last year, could bounce back after two uninspiring efforts late last year. The Irish in general have a fair bit to prove.

Honeysuckle was a late scratch here in the antepost market, which was very disappointing for the race, as her clash with Epatante looked one of the undercard highlights of the four days. 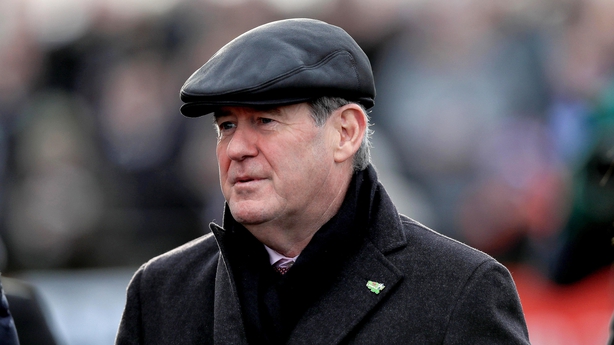 JP McManus has long had a hell of a team for this. His Barrington Court may be out for the season with injury but he has the well-touted Epatante and also Sancta Simona, who looks a very big price.

Epatante is the main fancy. Nicky Henderson has said for some time he will win this race (for the first time) and the first-time hood looks key to this very classy bumper winner, who has been keen on both of her starts. She could well be another Champion Hurdle contender for McManus next year.

However,Sancta Simona at 25-1 looks a crazy price. She travelled brilliantly behind Aramon when last seen, has a hood on for the first time, is trained by Willie Mullins (only once beaten in this race) and ridden by Mark Walsh. She is probably the bet of the festival if those odds remain.

Jamie Codd showed his brilliance aboard Le Breuil in the finale on Tuesday and Measureofmydreams may provide him with another winner here, though the bookmakers have certainly taken prohibitive measures. He was third as a novice at the Festival when with Willie Mullins and, whilst 11 years of age now, he has done very little racing.

Long-time point-to-point rival Derek O'Connor rides the frustrating Any Second Now, who does not seem to stay this far, while the same owner's Squouateur has been exceptionally frustrating, despite finishing third in this last year.

The selection's stable ally Its All Guesswork is a fascinating runner. A faller when still thereabouts on his final chase start at Limerick, he is only 3lb higher here and ran a blinder over hurdles last time.

Follow racing on Thursday with our liveblog on RTÉ.ie/sport and the News Now app or listen to live commentary of every race on RTÉ Radio 1 Extra.

Magical day for O'Brien with 1-2-3 in Champion Stakes