Nicky Henderson is confident Altior can live up to his billing as captain of his Cheltenham team by winning the Betway Queen Mother Champion Chase for the second year running on Wednesday.

Altior has enjoyed a much smoother preparation compared to 2018, and hopes are high he can strike at the Festival for the fourth year running after winning the Supreme in 2016 and the Arkle in 2017.

Success would take his tally to 18 in a row, matching the record for successive wins over jumps set by Big Buck's.

"We hope he can win his 18th consecutive race. Everything has gone quite smoothly," said Henderson.

"I will never forget this time last year, he literally came out on three legs on the Monday morning and that is how frightening this game is.

"The prep has been good. We have come in on a different strategy this year and we stopped after the Clarence House. He has been great.

"Soft ground doesn't help Altior, but he is in great form and they should set him a good gallop.

"We've just got to go out and do it. This has been the objective all year and he is the guy we rely on to head the squad."

Speaking at visit to his Lambourn base last month, Henderson outlined the pressure he feels with Altior, having also been responsible for the great Sprinter Sacre.

He said: "You are always are nervous about him, as you are back in the Sprinter Sacre situation and I can tell you how horrible it was then. 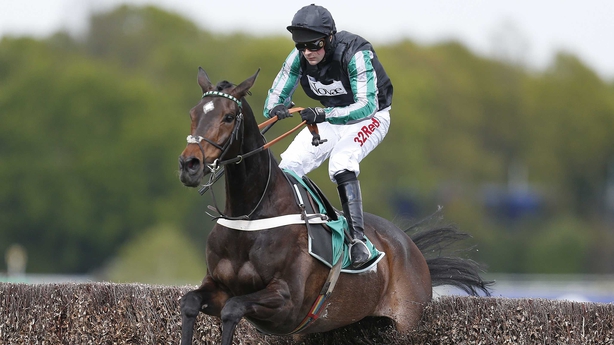 "It is the same factor - anything bar a good performance won't do. It's a fait accompli - but there are lots of fences and lots of people there still trying to take us on.

"He is not quite the showman that Sprinter was, but he is a very good-looking horse.

"Altior is a proper machine in work in that he gets on with it. He has got tremendous pace and, touch wood, his jumping is pretty accurate and he has got a lot of gears."

Min has seven lengths to find on Altior from last year and his trainer Willie Mullins has been thinking of ways to cut the deficit.

"Min has done things well this year and he ran well behind Altior in the Champion Chase last year. I've been very pleased with Min this season," said Mullins.

"Altior looked beaten last year, but he just has a huge engine. He seems to miss a beat or two and then goes.

"Nico de Boinville rides him very well - he never panics and knows what he has underneath him and just has to wait for it to kick into gear.

"We have seven lengths to make up, but you can't not take him on because of that. We'll see if there are any tactics that can make the difference and who knows what the ground is going to be like.

Sceau Royal was a well-beaten last of four behind Altior in the Tingle Creek Chase at Sandown in December, but his trainer Alan King is keen to have another go following a good run in the Kingwell Hurdle at Wincanton last month.

"I think he deserves to have a crack at it. He won the Shloer at Cheltenham earlier in the year, then he hated the ground in the Tingle Creek so we gave him a good break," said King.

"I was going to go straight to the Queen Mother, but he was in good form and we decided to give him a spin over hurdles.

"He was a very good second in the Kingwell and that has brought him on. I don't think the forecast is going to be right for him, but unless it went heavy he will take his chance." 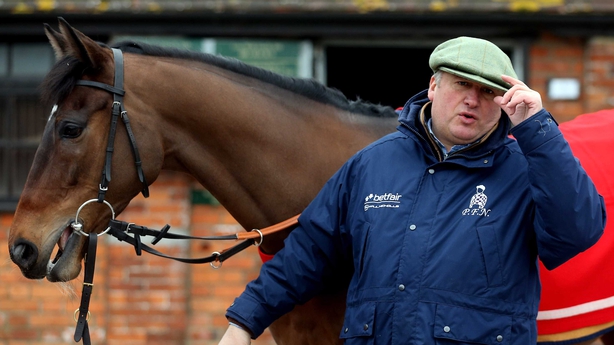 The Paul Nicholls-trained Politologue finished fourth in the race last year, but has yet to win in four visits to Cheltenham.

Rider Harry Cobden said: "He is in good form at home and it is a good prize, so why not have a go at it. We've got it all to do to beat Altior, but he has a good chance of getting placed.

"I schooled him the other morning and he jumped really well and the horse is A1. It doesn't worry me about his Cheltenham record.

"I will ride him to run well, we will just take our time and try to pick up the pieces."

Harry Fry accepts he is throwing Hell's Kitchen in at the deep end after winning a handicap chase at Ascot in December.

"He wasn't quite right in January and has been off the track since Christmas, but he's got plenty of ability.

"We're under no illusions about the task in hand, but hopefully he can put in a good round of jumping and possibly pick up the pieces.

"Whatever he does in this race will hopefully put him in good order for a big run at Aintree or Punchestown later on in the spring."

God's Own, a regular in this race, lines up for the fourth time for Tom George at the age of 11.
George said: "This is his fifth successive appearance at the Festival. He's acting like he's a four-year-old, not an 11-year-old - you're never short of enthusiasm with him.

"We couldn't be happier with him."

Whittington is trying cheekpieces on Saint Calvados, who has been beaten twice since winning at Naas in November.

He said: "He has been in great form since his trip to Leopardstown, where the ground was too quick for him and he didn't jump with the same fluency.

"He has schooled fantastically and had a spin round Newbury which he really enjoyed.

"Soft ground will suit him and we couldn't have him in better form at home this time, with the horses coming into good form at just the right time. We are very hopeful that he will run a big race."