Nicky Henderson believes the professionalism of Angels Breath can come to the fore and help him secure a fourth success in the Sky Bet Supreme Novices' Hurdle at the Cheltenham Festival on Tuesday.

After running away with a Grade Two contest at Ascot on his debut, the five-year-old suffered an odds-on defeat at the same level on his most recent outing, in last month's Dovecote Novices' Hurdle at Kempton.

With the stiffer two miles expected to be in his favour, the Seven Barrows handler, who will also saddle Mister Fisher, is confident Angels Breath can leave that defeat behind and show his true colours in the Festival curtain-raiser.

Henderson said: "Angels Breath got beaten the other day, but that doesn't worry me one iota. He only had one previous run at Ascot and they only jumped four hurdles because of the wind.

"Although he got beaten, it was over a sharp two miles which bears no relation to what we are going to be doing on Tuesday. It was a sound performance and we had a fair bit of time off after the Kennel Gate.

"He has had only two runs in his life, but I think he is very professional and I've got to say he is a talented young horse. Mister Fisher is very talented, but I would have been surprised if Nico (de Boinville) hadn't gone for him."

Having steered Mister Fisher to Grade Two glory at Haydock last time out, jockey James Bowen hopes the horse can provide him with the perfect 18th birthday present.

He said: "Mister Fisher has shown a lot at home and I can't wait to ride him. He won well last time and I think there is more to come from him. I think the big field will be fine.

"He has got a lot of pace, but he is a good traveller and that is what you want in a race like the Supreme. He probably would have preferred a bit better ground, but he will probably get away with it as it is the first race of the meeting.

"It's my 18th birthday (on Tuesday) and if he wins that would be the best birthday present ever." 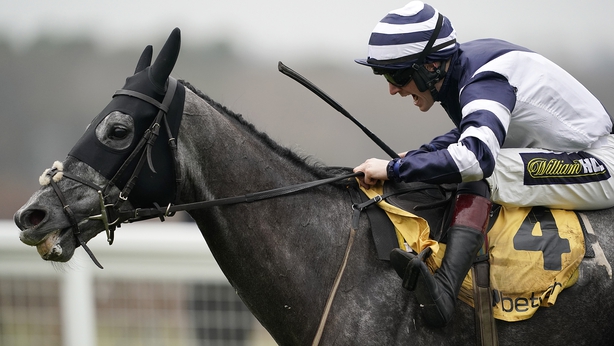 Nigel Twiston-Davies is keeping his fingers crossed that joint-favourite Al Dancer, who will wear earplugs as opposed to a hood, can back up his impressive Betfair Hurdle victory by going three places better than his stablemate Ballyandy, who attempted the same double in 2017.

Twiston-Davies said: "He was very good last time, so let's hope he can do it again. I was very pleased with the Betfair Hurdle run and this is the sort of race that should be run to suit him. The ground will be fine, as he has won on heavy and good.

"We just thought we would use the earplugs as they seem to help settle him more at home than the hood. I don't think having course form and having already run in a big field will be an advantage."

Willie Mullins has two chance in his quest to register a sixth triumph in the race, after declaring both Klassical Dream (5/1 joint-favourite) and Aramon, who finished first and second respectively at the same level at Leopardstown last month.

Assistant trainer Patrick Mullins said: "There wasn't much between them at Leopardstown and I don't think the prices are an accurate reflection of their respective ability.

"I suppose the slightly slower ground and the uphill finish will suit Klassical Dream and he's open to improvement.

"Aramon is in good form as well. He's run in three Grade Ones and has finished in the first three each time, so hopefully he has a good chance of picking up prize-money again."

Although Fakir D'Oudairies ran riot over his rivals in a Triumph Hurdle trial at the track in January, his trainer Joseph O'Brien has no issues in switching targets, with stablemate Sir Erec favourite for the Triumph.

O'Brien said: "I've no problem running the horse in any race - if you're not in you can't win. I don't think there have been many four-year-olds to actually do it (run in the Supreme), as far as legitimate contenders are concerned - I believe Binocular and one or two others have been placed in it.

"I'm up for giving it a shot and to have a Cheltenham winner for JP (MccManus) would be a dream."

It has been eight years since Al Ferof gave 10 times champion trainer Paul Nicholls his second victory in the race but in Grand Sancy he believes he has a worthy contender to end his recent drought.

Nicholls said: "We think we have a great chance with him in what looks an open race. He has just done nothing but improve.

"He is in the form of his life at the moment and is versatile regarding the ground.

"The faster they go the better for him. I don't know why he is the price he is, as he has got really good form."

The Colin Tizzard-trained Elixir De Nutz already has one victory at the course to his name and after securing Grade One honours at Sandown, connections are hoping for more of the same.

Joe Tizzard, assistant to his father, said: "The plan was always to go straight from the Tolworth to Cheltenham. He is doing everything right. He ticks a lot of boxes, so we are excited about him.

"The ground will be fine. He handled very soft ground at Sandown last time and he has won on better ground, so that won't be an issue.

"There will be a lot of runners in the race, but he hasn't got to make the running. He will be nice and handy and we will use his jumping."

Follow all four days of the Cheltenham Festival via our live blog, as well as live commentary on RTÉ Radio 1 Extra from 1pm to 6pm and feature races on RTÉ Radio 1