The second running of the Dublin Racing Festival kicks off on Saturday, with perfect, crisp winter weather and four Grade 1 races, as well as excellent supporting events.

It is disappointing that some of the big stars in Irish racing are not here yet, despite the relatively quick ground, there are big fields and loads of bets.

Likely the relatively lively ground forced connections to skip this with Battleoverdoyen, who had been trading as a hot favourite antepost. That leaves the same connections with Commander Of Fleet, who warrants the nod.

Commander Of Fleet was a high-end bumper performer and he did not look like he wanted shorter after winning at short odds on his hurdling debut, so the fact they changed the Royal Bond was perhaps with the future in mind. He finished last then but shaped pretty well and ought to go close here.

Willie Mullins has two strong place chances with mares, Relegate and Salsaretta, while Embrun Mitja ought to improve a good deal for his Naas win and The Big Dog, a really likeable sort, is another feasible contender. Keep an eye on Rhinestone, who will probably want shorter but looks very interesting with a view to a Cheltenham handicap next month.

An intriguing edition, with last year’s Champion Hurdle runner-up, Melon, taking on last year’s winner of this, Supasundae, and Apple’s Jade, the wonder-mare who many believe should be going for the Champion Hurdle, rather than the mares’ race at Cheltenham.

She tends to go out a little to her right and is clearly no superstar based on her two-mile form, so there are certainly reasons to take her on. Supasundae has never beaten her but could easily do so at this distance.

Melon seemed in need of the outing on his Leopardstown return in late December. Utterly friendlless in the market, he shaped quite well for much of the race, and could easily go off favourite here. He has both the form and the class.

Pretty much everything went right for Wonder Laish at Fairyhouse so he has to be considered short enough in the betting off 8lb higher now, even if he has scope to progress more and travels with a swagger. He is also trained by the maestro, Charles Byrnes.

His stablemate, Off You Go, won this race last year when rated 20lb lower. He was behind Wonder Laish at Fairyhouse, yet it is far too early to write him off.

Arguably, Uradel is the interesting one. His Premier Handicap form on the Flat for Willie Mullins was excellent last year, winning at Galway and touched off in the Cesarewitch at Newmarket, bringing his rating to 102. That renders him well-treated back over hurdles on paper off 132, and the last time he ran over hurdles he was 7-2 in a hot handicap when brought down.

Meticulous was disappointing here in late December, yet he probably needed the run and may be worth another chance each-way against a hot favourite here. He travelled like a really nice horse on debut at Killarney and lacks nothing in the saddle, with Joseph O'Brien in incredible form too.

Envoi Allen is a really exciting sort. He was green on his bumper debut at Fairyhouse, yet still ended up winning readily. He was never going to be beaten at Navan subsequently, but this greater emphasis on a finishing kick is not in his favour; nor is his penalty. His price is hardly a good one.

Four Gigginstown runners all won last time. Abacadabaras seems the pick of them on jockey bookings. 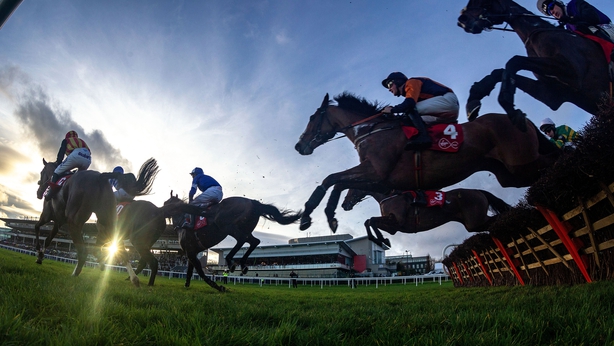 There was, disappointingly, no suggestion from connections but all the while Footpad drifted markedly for this antepost and sure enough he does not run, making it a far less attractive race.

Min won this last year, a race notable for the incredible drift in the betting on Yorkhill, and Min should collect again. He was beaten before at short odds around here by the remarkable Simply Ned, but looked good on his return and is hard to oppose.

The battle for second is as open as reflected by the ratings of the other five: 155, 152, 158, 158, 152. Simply Ned is a speculative choice, with Special Tiara and Ordinary World probably doing each other no favours in attack. Give Simply Ned a test at Leopardstown and he rarely lets you down.

The betting looked wrong here on Friday, as Mengli Khan was shorter in the SPs than Le Richebourg at Christmas, yet is far bigger here – even if he did not run to form at Christmas, an effort Gordon Elliott was happy enough to forgive.

Perhaps he will not turn out to be much good over fences but he was a top-notch novice hurdler and he jumps fences really well. Give him another chance to deliver on the promise of his spectacular debut at Punchestown.

Paloma Blue is a similar price to Mengli Khan. Not far off him over hurdles, Henry de Bromhead's charge has not impressed with his jumping so far.

Knockanuss should ensure a good gallop, which will help Le Richebourg, who deserves to be favourite but is probably too short for a bet at 7-4.

Robbie McNamara quitting training is one of the more regrettable things to happen in racing in recent years and we wish him well; hopefully he is going to come back with a bang.

He did quite well with Lake Takapuna, who was a big gamble for Dermot Weld on his debut for the stable at the Foxrock venue hurdling at Christmas, yet he seemed to not get home after travelling like a dream. The course-and-distance winner (when with Jim Culloty) makes plenty of appeal.

Moon Over Germany, a maiden making his handicap debut, looks on a reasonable mark, but this is not easy given his inexperience. Incredibly, he is one of a third of the field trained by Henry De Bromhead.