Connections of Un De Sceaux are praying for rain ahead of a rematch with Altior in the Matchbook Clarence House Chase at Ascot on Saturday week.

Willie Mullins' nine-times Grade One winner turned 11 this week but showed he retains all his enthusiasm when pushing Altior in the Tingle Creek Chase.

The two are on course for a rematch in a race Un De Sceaux has won for the last three years and his owners believe very soft ground is their best chance of gaining revenge.

"The only concern we'd have at this stage is the lack of rain that is forecast. I'd love it to be an absolute mud bath in Swinley Bottom," said part-owner Colm O'Connell.

"Looking at the forecast there's not much rain for the next couple of weeks, it's supposed to be cold and that just tightens up the ground.

"As it stands that's his target, he's going for four in a row and I'd love another crack at Altior. I think there's something romantic about a rematch."

"I just think if we get proper heavy where they are thinking of abandoning the meeting, that's when we're at our best. Un De Sceaux with Ruby (Walsh) on board takes some beating in those conditions"

He went on: "I'm not saying that we've any chance of beating him, but he's entitled to take him along to the last fence.

"I know there was that downpour during the Tingle Creek, but it didn't get into the ground. I walked Sandown before racing. I always take a spare pair of socks to change into, but when I went to change them they were bone dry, so the ground wasn't that soft.

"I just think if we get proper heavy where they are thinking of abandoning the meeting, that's when we're at our best. Un De Sceaux with Ruby (Walsh) on board takes some beating in those conditions.

"The thing about getting beaten by a horse like Altior is there's no shame in it. If we win then we're hailed as a superstar and if we lose we've the greatest excuse in the world. We've nothing to lose.

"In the summer we highlighted the Ascot race as our Gold Cup. You never know, if it is heavy Nicky Henderson just might think if another battle with Un De Sceaux a few weeks before Cheltenham is what Altior really needs.

"We lost nothing in defeat behind Sprinter Sacre a few years ago and we didn't at Sandown. Nicky Henderson says it himself how unbelievable it is to get two horses like those two in the same division so close together.

"We had no excuses at Sandown, Ruby said everything went right on the day we were just beaten by a better horse. The only thing we can hope for is a proper mud bath." 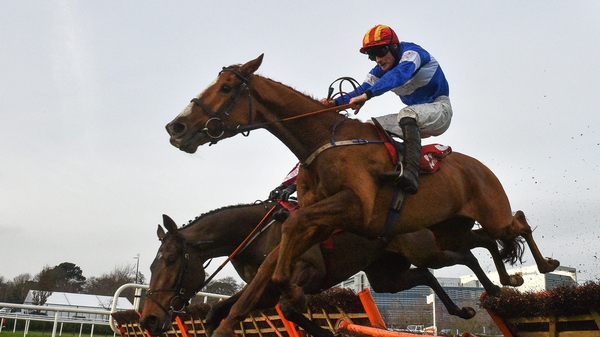