Sharjah provided jockey Patrick Mullins with yet another famous day when sprinting clear to win the Ryanair Hurdle at Leopardstown.

The pair teamed up to scoop the pot in the Galway Hurdle in the summer, but Sharjah has subsequently taken his form to another level.

Last time out he comfortably accounted for stable companion and former champion hurdler Faugheen in the Morgiana Hurdle and this time he was Willie Mullins' second string again behind Champion Hurdle runner-up Melon.

It was Samcro who was sent off the 6-4 favourite though, and when Jack Kennedy cruised alongside his pacemaker Tombstone, everything looked to be going according to plan.

Gordon Elliott's Ballymore Novices' Hurdle winner found disappointingly little though, while Sharjah displayed an electric turn of foot which forced his rider to take a pull as he was travelling so fast running down to the last.

Having safely navigated the final flight, Sharjah went clear on the run to the line to beat Supasundae by three and three-quarter lengths.

Melon got the better of a battle with Samcro for fourth with Tombstone battling back for third.

‘I was disappointed with the press and everyone on the day’ – Trainer Willie Mullins says Sharjah’s winning performance again shows the capabilities of the horse #Leopardstown pic.twitter.com/nKPEkMmuKm 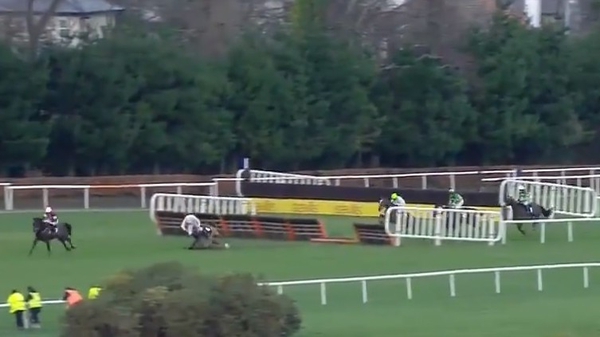 Faugheen 'sore but fine' after fall at Leopardstown