Enable will bid to do what no Arc winner has done before by following up in the Longines Breeders' Cup Turf at Churchill Downs on Saturday.

Despite missing much of the campaign through injury - and suffering a hiccup after her prep run at Kempton - John Gosden's wonder filly successfully defended her crown in the Prix de l'Arc de Triomphe last month to become the eighth horse in history to win Europe's premier middle-distance event twice.

However, she will have to defy statistics if she is to justify short-priced favouritism in Kentucky, with all seven Arc winners who have run at the Breeders' Cup in the same season having suffered defeat - a list that includes former Gosden star Golden Horn and the great Dancing Brave.

Gosden said: "I think Golden Horn was the best horse in the race and he ran valiantly on the most appalling surface I've ever seen. We got an inch and a half of rain and it was like a deep sand pit. If they'd had normal ground I think he'd have won by three [lengths] and blown that stat.

"They keep throwing this statistic at you and they may well be proven right again, who knows?

"She is a tall, strong filly, with plenty of strength to take to the table. We would be hopeful of a big run, but again it is shipping at the end of the year and she is a filly.

"We've had a clear run since the Arc. It took her a little time to get over it, which is understandable, but I've been pleased with her since." 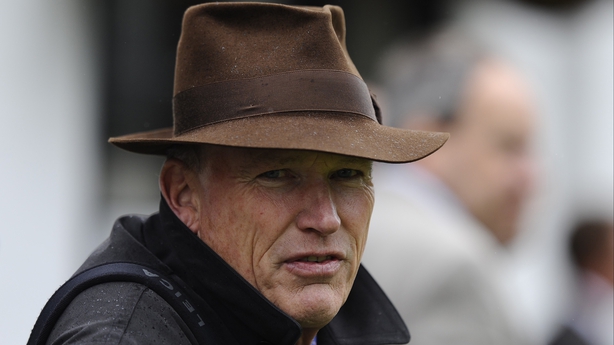 One part of the puzzle which is not a concern for the Clarehaven maestro is the turning track in Kentucky.

"It's a sand-based track, a three-turn mile and a half and it's tight. But she has been round Chester and she handled that particularly well on the second race of her three-year-old career and she got around Epsom, so I think the track will be fine," Gosden added.

"Being absolutely honest, I'd prefer to have brought her here after the campaign of last year, which was absolutely smooth. Yes she won five Group Ones, but I'd like to have been coming here on the crest of the wave.

"This has not been an easy year with her, but she won her prep and she won the Arc. That is probably down to the filly more than anything else."

The question over whether she will remain in training as a five-year-old is one for another day.

Gosden said: "I really don't have an inkling about next year. Let's see what happens on Saturday and then when we get her home."

Aidan O'Brien has saddled a record six previous winners of the Turf, including four in the last seven years.

O'Brien said: "The track manager thinks regardless of the amount of rain, it will be soft and no worse on the turf course.

"Enable is a great filly with a great trainer and we are under no illusions about the task facing Magical, but we're very happy with her and think she will enjoy a little bit of cut in the ground.

"She's a big, powerful filly, quite gross in fact, and needed her runs at the Curragh and Leopardstown, while at Ascot Ryan (Moore) gave her a confident ride. She cruised through the race and finished it off very strongly.

"We were also very happy with her run in the Arc and we knew from that she would stay a mile and a half. She was badly drawn at Longchamp and came out of Ascot well. I'm looking forward to running her."

The European challenge is completed by last year's winner Talismanic, trained by Andre Fabre, and his stable companion Waldgeist.