Limini had to make do with minor honours for the second time at this year's Galway Festival as stable companion Nessun Dorma claimed victory in Friday's Guinness Handicap.

A former Cheltenham Festival winner for Willie Mullins, Limini was the choice of the trainer's son, Patrick, in Monday evening's Connacht Hotel (Q.R.) Handicap and looked the likely winner until being mowed down late by another stablemate in Uradel.

Limini was all the rage to go one better just four days later in another 100,000 contest, but try as she might, she could never quite get on terms with the leaders under Kevin Manning and this time passed the post third.

Fresh from a first win on the Flat at Ballinrobe last month, 14-1 shot Nessun Dorma set out to make all the running in the hands of Billy Lee and while Princess Yaiza made him work for it in the final furlong, the Mullins runner clung on determinedly to emerge victorious by a neck.

Lee was riding his third winner of the week, while it was a remarkable ninth winner of the Festival for the champion National Hunt trainer.

Mullins said: "He's improved a bit since his last run in Ballinrobe and Billy gave him a super ride in front.
"He waited in front and he just kept a little bit up his sleeve - it was a very good ride." 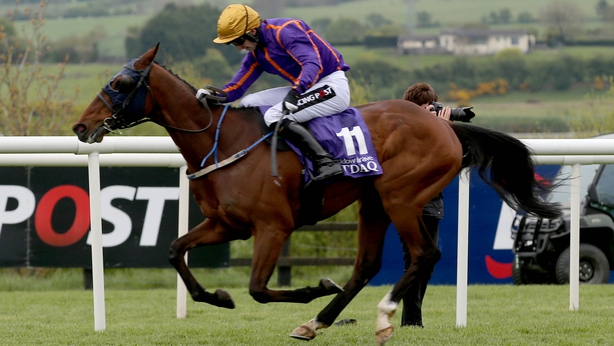 A previous winner of the Punchestown Champion Hurdle and the Irish St Leger, the nine-year-old appeared to have been presented with a gilt-edged opportunity to secure a 12th career victory overall and made no mistake under champion jockey Colin Keane.

The prohibitively-priced 1-6 favourite eased to the front with half a mile still to run and never looked in danger of being caught, with Keane keeping his mount up to his work in the straight to score comfortably by three and a half lengths. Morga was a clear second, ahead of the 11-year-old Inis Meain in third.

"To win a Punchestown Champion Hurdle and an Irish St Leger and go down to Melbourne - he is extraordinary and hardy.

"He has his own ideas about how he does things at home and we try not to have too many arguments with him and let him get on with it. It keeps him young, I'd say."

He added: "I'd like to find something similar with him next, but I know his owner is keen to go jumping (fences) with him and for him to become the first horse to win a Group One on the Flat and a Grade One over hurdles and fences. The Drinmore (at Fairyhouse) could be an option. He jumps fences very well.

"We'll keep him to the Flat and over hurdles in the meantime and wait until the ground gets really soft until going chasing, if he does.

"I don't know if he'd be good enough to win an Irish St Leger at this stage, but he has an entry in it. We're taking it day by day with him."