Willie Mullins attempts a fourth win in five renewals and Getareason may prove the answer, even if two defeats in bumpers here raise doubts. He was impressive at Downpatrick in March and may have found the distance a bit too far at Listowel last time. As an ex-pointer, he should be fine to jump.

The Big Lense is also an ex-pointer and will be well-schooled coming from Gordon Elliott's, while Macgiloney actually holds Getareason on Listowel running and his trainer, Denis Hogan, has started the week in good form. Martin Brassil's City Island is another to consider.

However, Debuchet really ought to score in this. A second-season novice, he has yet to live up to his bumper potential over flights, but time is his ally. There will be some long faces in the betting ring should he fail in this company.

Plouios is a real hit-in-hope here in a terribly tough race. He got off the mark in an ordinary maiden hurdle at Kilbeggan in May, after which he was disappointing at Roscommon. Trainer Henry de Bromhead has had a fine summer thus far, and he may not be badly handicapped.

JP McManus also runs Santiago De Cuba, the mount of Barry Geraghty. The Pour Moi gelding has basically been disappointing since winning a bumper and has to prove he stays.

Willie Mullins has just one runner, Hey Little Boy, who is probably one of then lesser lights in the yard. That said, his third at Bellewstown gives him reasonable claims. Likely Powersbomb has been laid out for this and was tenderly handled at Down Royal, yet the trip on this ground may stretch him.

Gavin Cromwell had a double in Wolverhampton (from two runners) and a Galway handicap runner-up (from one runner) on Monday evening. As such, Biddy The Boss assumes more interest.

A bumper winner, her second to Bang Bang Rosie at Limerick in May reads well, and she is surely a lot better than she showed at Downpatrick when a 7-2 chance on her handicap debut.

Timetoget landed a gamble at Punchestown in June under his amateur rider and likely is a well-treated horse off 114. The Last Indian is on the cusp of a hat-trick here, though she is no longer as well-treated as she was this summer.

In the last nine editions, Willie Mullins has won this race four times, Dermot Weld four from the last ten.

And, consistent with the changing Galway narrative, Mullins may have the answer in the shape of the Beat Hollow gelding Diamond Hill. A comfortable winner at Ballinrobe on debut, he probably found the ground and company a little demanding at Gowran, while there was little wrong with his Killarney comeback.

He could outstay Crecerelle, the Weld runner, who is greatly feared. Rated 78, he gave it a good go at Leopardstown in a handicap last time, but there is a slight doubt about his stamina relative to the selection. Similarly Joseph O'Brien's National Wealth has been consistent and perhaps mildly progressive, but looks far from certain to get home. At bigger prices, the strong-travelling hurdler Charlie Stoute takes the eye, albeit poorly drawn. 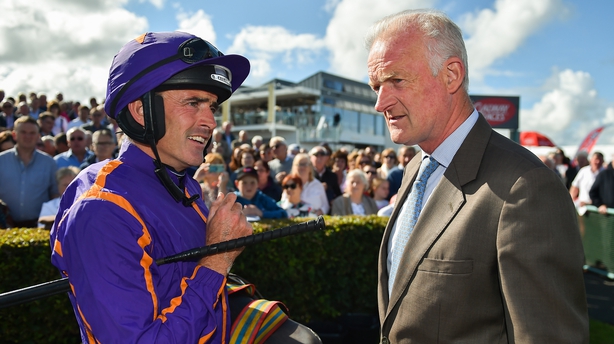 Willie Mullins has five of the 22 runners (and a reserve), Henry de Bromhead also has five, while Gordon Elliott has four. It is a tortuously tough race to solve but the most likely winner looks to be Slowmotion, bidding to provide JP McManus for the fourth time this decade. She was only a five-year-old mare when third, a 14-1 shot, in this race last year.

She now wears blinkers and has the same mark; perhaps more importantly she is a year older, and she is consistent, with seven first-three finishes from 11 chase runs.

De Plotting Shed is fancied by some for this but hugely frustrating. He was strongly fancied for a Cheltenham handicap in March but pulled up and then threw away an open-goal opportunity in a Fairyhouse maiden, pulling up again since at Punchestown.

Koshari, ridden by Danny Mullins for his uncle Willie, has to be feared. He was last seen in a lucrative handicap at the Punchestown festival, an 11-1 shot and far from a beaten docket when falling at the 11th.

Kitten Rock's quest to win this is intriguing. Very highly regarded earlier in his life, he has not won since 2015 and comes here with stamina, well-being and plenty more to prove. Over to you, Edward O’Grady.

Jury Duty has placed Grade 1 form this season, while Snow Falcon is yet another to consider. Noel Meade's eight-year-old has the class if he can jump around cleanly.

This is an extremely demanding card for punters and this race is no different but something has to win and may that something be Beckwith Place, owned by Herb Stanley, an octogenarian from County Galway.

His only start at two was at Gowran, a track somewhat similar to Galway, when he edged left coming out of the gates and played catch-up but finished fourth to Saracen Knight, now rated 92. That was an excellent start to his career and he turned over an odds-on shot quite readily at Tipperary in May. Presumably saved since for this by Tracey Collins, it is hard to think his mark (80) reflects his potential.

"He's a big horse and he's on the up," Collins said after his Tipperary win. "Mentally he's a little bit immature. That race will improve him every way hopefully, mentally and physically."

With El Greco and My Silver Nales among the field, the pace should be generous. Big Bad Sal likes it around Galway and is not hopeless at the prices but the fact Harry Rogers has had no winner yet this season is a concern.

Traditionally a really lively betting event as jumps horses revert to the level seemingly well-treated. This 2018 renewal, however, seems a little bit more up for grabs, and perhaps Nelson Road can cause a mild surprise.

Soft ground seems critical to the son of Mount Nelson and the last time he got both that and a test of stamina when he was touched off by stablemate Emperor Waltz at Killarney in May when rated just 2lb lower than he is today. Emperor Waltz won his next race, as did the third (Art Of Security), while the fourth (Scarpeta) looked thrown-in.

Waterville Dancer had a nice prep for this when third at Leopardstown, but he – as well as other leading fancies here like Great Trango and Bronagh's Belle – has a horrible draw. 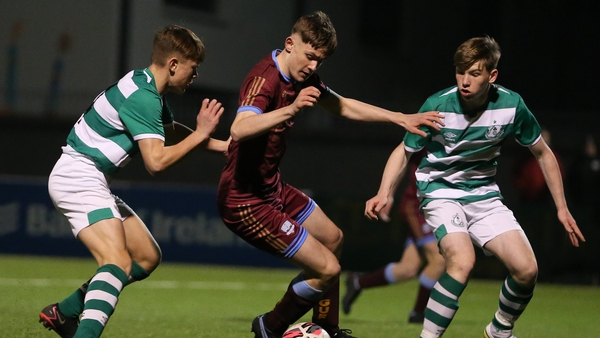