Relegate came from the clouds to deny stablemate Carefully Selected and provide Willie Mullins with another winner in the Weatherbys Champion Bumper at Cheltenham as he once again dominated the race.

It was a ninth win in the event for Ireland's champion trainer but a first for Katie Walsh, who delivered the mare right on the line.

Her brother Ruby was supposed to be riding the narrow runner-up, but had earlier been taken to hospital for X-rays following a fall.

Danny Mullins had stolen a march at the start on Carefully Selected and right until the dying moments it looked as if it would prove crucial, only for Relegate (25-1), now unbeaten in three starts, to fly up the hill.
Tornado Flyer claimed third to give Mullins a clean sweep. 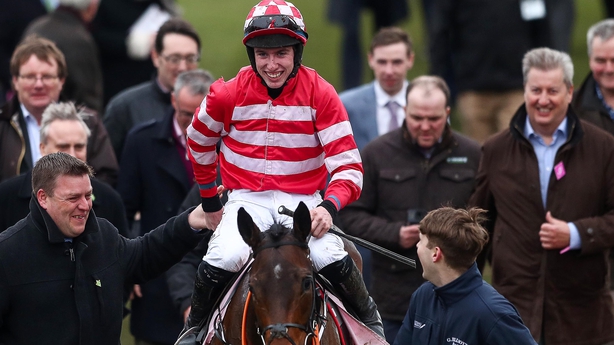 Veneer Of Charm provided Gordon Elliott with a third winner on the second afternoon of the Cheltenham Festival as he survived a late wobble to win the Boodles Fred Winter Juvenile Handicap Hurdle.

With the victories of Samcro and Tiger Roll already in the bag, the pressure was off Elliott but this 33-1 winner was harder to find than those two.

Elliott also ran Mitchouka, who appeared to be the yard's first string, but he lost all chance when badly hampered by the fall of Lisp down the back straight.

Dan Skelton's Nube Negra hit the front after the second-last and appeared to be going best, but Veneer Of Charm quickened up impressively for Jack Kennedy.

However, on the run to the final flight Veneer Of Charm jinked to his right, only to regain momentum and hold off Style De Garde with Nube Negra third and Paddleyourowncanoe fourth. 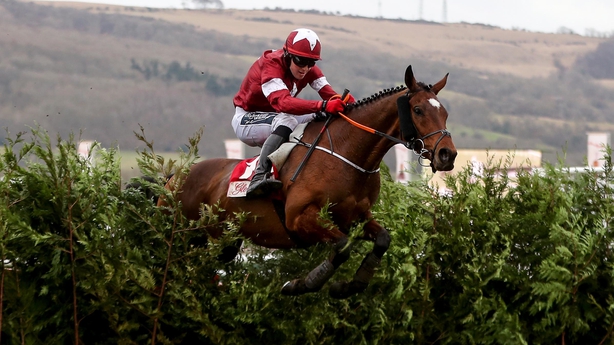 Tiger Roll won for the third time at the Cheltenham in the Glenfarclas Cross Country Chase.

With victories in the Triumph Hurdle and four-mile National Hunt Chase under his belt already, he emulated his Gordon Elliott-trained stablemate Cause Of Causes - this time unplaced - with three successes to his name.

Always towards the head of affairs, the eight-year-old was settled just behind the pace-setting Beeves and his only real moment of danger was when another stable companion, Bless The Wings, fell early on and nearly brought him down.

His jockey Keith Donoghue took time out of the saddle not too long ago with weight problems, but could always count on the support of Elliott and has been rewarded with a first Festival winner.

Sent off at 7-1, he took up the running before entering the racecourse proper and while French challenger Urgent De Gregaine threw down a good challenge, he could only close to within two lengths. The Last Samuri did his Grand National chances no harm by finishing third.

Donoghue said: "That was brilliant. He jumped brilliant the whole way and travelled well. I thought he would win, my only worry was the ground.

"He comes alive round here - he loves it.

"If it wasn't for Gordon I wouldn't be standing here as I struggle with my weight."

O'Leary said: "This is a family pet now. He loved it. He hates everywhere else, but he loves Cheltenham. I wish I had a few more like him.