Our Duke got his season back on track with a battling defeat of Presenting Percy in a thrilling Red Mills Chase at Gowran Park.

Having flopped on his Down Royal comeback, after he which he underwent an operation for a kissing spine, last season's Irish National hero performed with more credit in the Irish Gold Cup but was back in action less than two weeks later.

The Jessica Harrington-trained eight-year-old was always up with the pace but made a couple of errors, and leading novice Presenting Percy served it up to him from three out.

They jumped the last couple of obstacles as one and settled down for a real tussle to the line, but Our Duke (5-2) and Robbie Power pulled out that little bit more to prevail by a length from the even-money favourite. 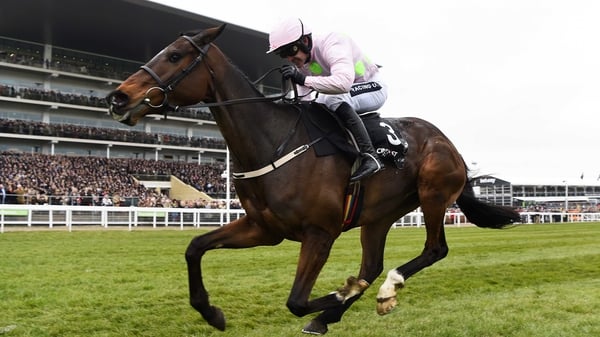 Douvan to go straight to Cheltenham