RTÉ Sport and Horse Racing Ireland have agreed a new broadcasting deal for increased live coverage of Irish horse racing for the next three years, ensuring that Irish racing fans will continue to enjoy the most prestigious days in the racing calendar free-to-air on RTÉ television and RTÉ Player from this month.

Under the new deal, RTÉ will broadcast between 25 and 27 days of live Irish racing television coverage each year for the next three years, featuring the great days of all the major festivals, with live television coverage also simulcast on RTÉ Player within the Republic of Ireland.

The major festivals including Punchestown, Galway and the Christmas Festival at Leopardstown will continue be broadcast live, as will the biggest races of the year: the Grand National from Fairyhouse, Gold Cup, Champion Stakes and the blue riband event of the flat season, the Irish Derby from the Curragh.

In addition this year will also see live coverage of an extra day’s racing from the Fairyhouse Easter Festival on Tuesday 3 April as well as the Winter Festival from Fairyhouse, including the Hatton’s Grace Hurdle on Sunday 2 December.

In 2019 and 2020, there will be further additional coverage from Gowran Park and the redeveloped Curragh.

This year's racing action on television begins with two days of live coverage from Leopardstown this weekend on RTÉ2 of the inaugural Dublin Racing Festival including the feature races the BHP Insurance Irish Champion Hurdle and the Unibet Irish Gold Cup. 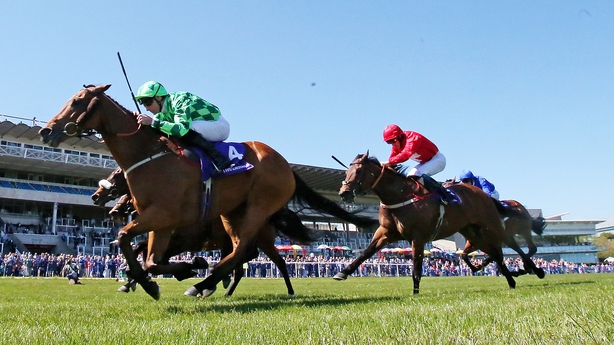 Ryle Nugent, Group Head of Sport, RTÉ said: "This new enhanced agreement is a statement of intent for RTÉ underlining our continued commitment to Irish racing. Irish horse racing coverage continues to be a big priority for us and is an important part of our public service broadcasting remit.

"In addition to our increased live television coverage there will also continue to be extensive coverage of Irish racing on RTÉ Radio sport programming and RTÉ.ie/Sport will continue to provide all the latest news, racecards and results.

"We look forward to bringing the public more of the very best action and excitement in Irish racing."

Brian Kavanagh, Chief Executive of Horse Racing Ireland (HRI), said: "We have enjoyed a long and fruitful association with RTÉ Sport, and I am delighted that relationship has now been formally extended for another three years and that there will be an increased number of meetings covered.

"It’s a relationship that goes beyond RTÉ television really, because I know Irish racing is cherished on RTÉ’s other platforms - be it radio, news, online, or RTÉ Player - and I am very excited about RTÉ’s future plans for their coverage of racing here in Ireland - beginning with their extended coverage of this weekend’s Dublin Racing Festival." 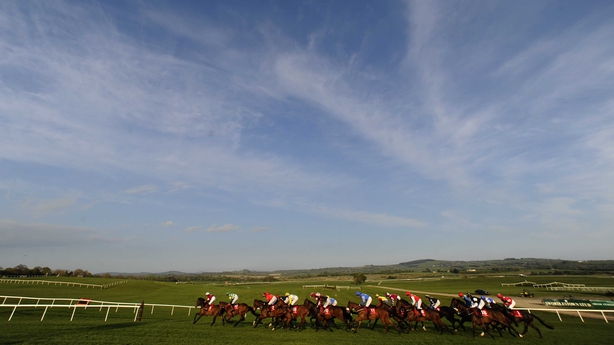 Meanwhile, in a separate development, the broadcast rights to show Irish racing on a daily basis is set to switch from At The Races to Racing UK from 1 January, 2019.

The Racing Post are reporting that Racecourse Media Group has agreed a deal with SIS, who hold sole and exclusive rights to broadcast racing from every Irish racecourse, to succeed At The Races when the current arrangement expires at the end of this year.

ATR is only available as part of the sports bundles with several pay-tv operators. However, some of these operators don't transmit Racing UK- and some of those that do, charge €31 per month extra to subscribe to the channel.

It means racing fans could be forced to pay over £370 euro annually to watch action from Irish racecourses.

The deal will now go before a board meeting of the Association of Irish Racecourses next Tuesday, however it's likely to rubber-stamp the multi-million euro deal.

A spokesperson for Horse Racing Ireland said it couldn't comment until after AIR meets on Tuesday.

The move has been greeted with shock in Irish racing circles- with some concerned whether Irish racing will receive the same depth of coverage on Racing UK as it did on ATR. That channel currently shows action from several top British tracks- including the major festivals at Cheltenham, Aintree and Ascot; and the Epsom Derby.

Some fear Irish racing could now be vying for TV space with these events, although the prospects of Racing UK adding a second channel for Irish racing hasn't been discounted by some of those close to the deal.