A Toi Phil stamped his class on the Horse & Jockey Hotel Kinloch Brae Chase at Thurles.

American Tom took the field along, with the remaining trio racing together for the first circuit, and Arctic Skipper was the first to crack.

American Tom made a mistake five out, allowing A Toi Phil and Woodland Opera to close the gap, and the leader was not fluent at the third-last either.

Woodland Opera began to toil but A Toi Phil was still travelling strongly and hit the front between the final two obstacles before coming nine and a half lengths clear of American Tom.

The 6-4 shot's victory completed a treble on the card for trainer Gordon Elliott and owners Gigginstown House Stud, and a double for jockey Jack Kennedy.

Elliott said: "In his own grade, he is brilliant and won't let you down and Jack gave him a great ride again today. It's been a good day."

The five-year-old had come up short in a couple of Grade Ones but was much more suited to this Grade Two test back against her own sex, and travelled in second behind pacesetter Magic Of Light.

Youcantcallherthat was hot on their heels when getting the second-last all wrong, effectively ending her challenge.

While 11-10 favourite Dinaria Des Obeaux could herself have been better when jumping the final obstacle in a slight lead, she was kept up to her work by Jack Kennedy - who was completing a treble - and passed the post eight lengths to the good over Magic Of Light. 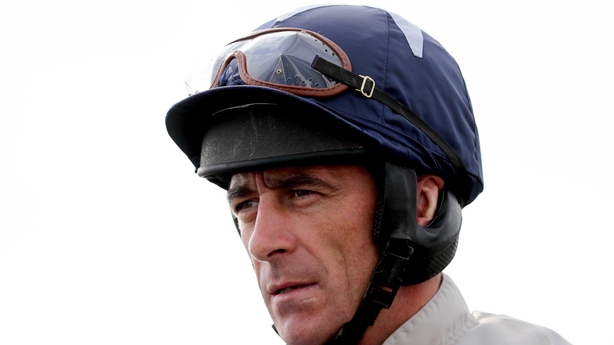 "She was entitled to do that on her Drinmore run and forget about her last run, as she made a few mistakes and was nearly brought down," explained Elliott.

"She won't be going to Cheltenham and I don't think we have to keep her in her own sex - never say never, but we'll see as we have a couple of nice mares at the moment. She is a nice mare and has her job done now."

Meanwhile, Dortmund Park splashed his way through the saturated ground to run out a comfortable winner of the W.T. O'Grady Memorial Irish EBF Novice Hurdle at Thurles.

Davy Russell brought the Elliott-trained five-year-old to jump into the lead at the second-last flight, after Beyond The Law had made the running.

The 12-1 shot went on to score by 16 lengths from Burrows Saint, with Discorama two lengths further away in third.

"I said before the race, I couldn't believe what price he was and he's a nice horse," said Elliott.

Regarding being a contender for the Albert Bartlett at the Cheltenham Festival, he added: "There are plenty races to be won in Ireland and we can't send them all to Cheltenham, but we'll see.

"He could be as he is a smart horse and wouldn't be out of place in a graded race. I think a bit of him and coming here today the ground was actually a worry for him."

Elliott and owners Gigginstown House Stud were completing a quick double after Pete So High (7-1) landed the www.thurlesraces.ie Maiden Hurdle.

The four-year-old could be Cheltenham-bound after he strode away from two out under Jack Kennedy to score by five lengths from Last Man Standing.

"It wasn't the strongest race in the world and he just about handled the conditions. Jack said he wasn't in love with it, but whatever handles it best wins today," said Elliott.

"He has got his head in front now and we'll see, but he could be a Fred Winter-type horse."