Mick Jazz was a shock winner of the Ryanair Hurdle as favourite Faugheen suffered just the second defeat of his career after being pulled up at Leopardstown.

Having looked as good as ever when making a successful return from a near two-year absence in last month's Morgiana Hurdle, the 2015 Champion Hurdle hero was unsurprisingly a warm order to stretch his Grade One tally to nine as the 2-11 favourite.

The Willie Mullins-trained superstar soon adopted his customary pacesetting role, but it was clear heading out onto the second circuit it might not be as straightforward as many expected, with his stablemate Cilaos Emery taking over the lead.

The nine-year-old dropped to the rear of the five-runner field on the run to the second-last flight and Paul Townend swiftly took him out of the race.

His shock exit left Cilaos Emery in front ahead of the Gordon Elliott-trained Mick Jazz (14-1) and it was the latter who found most from the final flight to claim a surprise victory under Davy Russell.

Russell said: "I was expecting a big run from Mick Jazz because he ran such a lovely race in Fairyhouse (fifth in Hatton's Grace Hurdle) when he didn't stay after I travelled well into the straight.

"I couldn't believe Paul (Townend) just wasn't travelling with the same zest down the back and then this lad jumped on the bridle. 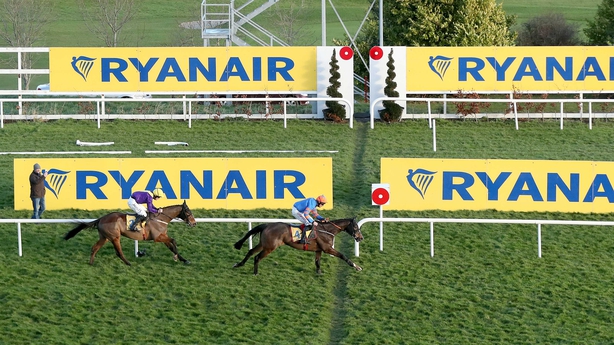 "He had to be tough to pass Cilaos Emery but, to be fair, he landed at the back of the last and he just wanted it a bit more. He's a tough horse."

Elliott said: "Obviously Faugheen looked to be a certainty, but there is no such thing as a certainty in horseracing. I just hope he's OK.

"It was Mick Jazz's day. We went to Cheltenham last year and George Mahoney, who owns a half share with me, flew over from America with all his family for the County Hurdle and he was lame on the morning of the race.

"Today was his day in the sun. The plan was to go to America next year for all those jump races, but we'll enjoy today and see what happens.

"He'll have to have an entry now in the Champion Hurdle because you never know, but we'll enjoy today first."

He added: "There was no race to run him in, this was the only race we could really run in and we were running for prize-money.

"It just goes to show if you're not in these races, you can't win them. Today was our day and we're delighted. He's not a bad horse.

"I was sneaking away thinking we'd be second. Then we see Faugheen coming out and I had three in it, but Willie still had one in front of me!

"It's our day today and we're delighted."

Henry De Bromhead saddled his second winner of the afternoon and seventh of the Christmas Festival as Mind's Eye justified 4-1 favouritism in the Top Oil Irish EBF Novice Handicap Hurdle.

The five-year-old knuckled down to see off Darkest Flyer by three-quarters of a length, also completing a double on the day for Davy Russell following the surprise success of Mick Jazz.

De Bromhead said: "It's been fantastic, we've had some great results and a double today. It's great to get two winners with two nice horses. I'm delighted to get them and delighted for everyone at home.

"I was worried about the trip with this horse, but he did it really well and nobody else seemed to be worried, only me. Davy gave him a beautiful ride.

"He won that off 125 and we'll see what the handicapper does. He's got options, which is great." 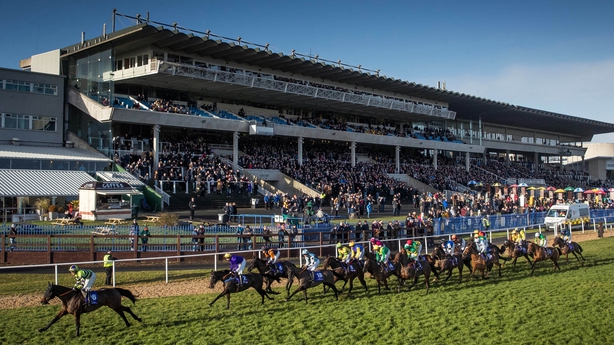 An up-and-down week for Willie Mullins ended on a high as Minella Encore made every yard of the running in the Guinness INH Flat Race.

It has been a challenging few days for the champion trainer, with the shock defeat of Faugheen in the Ryanair Hurdle earlier in the afternoon following on from the disappointing displays of Yorkhill and Djakadam and Nichols Canyon's fatal fall on Thursday.

There have been other peaks and troughs over the course of the meeting, but Minella Encore's all-the-way success provided him with his fourth winner of the day at Leopardstown and Limerick combined and his 10th over the Christmas period.

Minella Encore was a 3-1 shot to follow up his Rules debut success at Fairyhouse and displayed a willing attitude under the trainer's son Patrick to see off The Gunner Murphy by a length and three-quarters.
Daly Tiger, the 5-4 favourite, was seven lengths further away in third.

Patrick Mullins said: "I told Willie beforehand 'don't worry, we'll win the bumper, everything is going to be OK'. I don't know if it quite makes up for earlier, but it's great.

"He's improved an awful lot from Fairyhouse and he just has a very high cruising speed, so we were able to go a good gallop and he kept going.

"To be honest, I was a little disappointed with him in Fairyhouse. We thought he was better than the bare result and what he did today was what he was showing us before the first run."

Mullins senior added: "I thought Patrick was absolutely fantastic on him. He read him right and was hoping he would improve from the hard race he had the last day, which he did.

"It's a testament to the horse that he improved from that as he had a very hard race in Fairyhouse, but the experience of that paid off.

"I was going to go hurdling with him but I think we have to have a change of heart and maybe we'll keep him to bumpers this year, but we'll see. We'll have a chat with the owners."

Danny Mullins set out to make all over the three miles on the the five-year-old, but he was headed two out, where Burren Life took over.

Her effort proved short lived, while the Willie Mullins-trained Fabulous Saga battled back bravely as his stamina kicked in.

The 8-13 favourite regained the lead on jumping the last and went away to score by three and three-quarter lengths from Gordon Elliott's Delta Work, who overtook tired stablemate Burren Life on the run-in.

The winning rider said: "It was a good, tough performance. I knew they weren't going to let me off like they did in Cork, but you have to give credit to the horse.

"He looked set for second maybe even third, but put his head down and galloped like a good horse.

"This race has a fair reputation going on to the Festival in Cheltenham. I don't know how good he's going to be, but you can't fault him on what he's done so far."

Fabulous Saga was cut to 12-1 from 14-1 for the Albert Bartlett Novices' Hurdle at Cheltenham with RaceBets.