Min has been tasked with filling the big gap left by Douvan when he goes to post for the Grade One Paddy's Rewards Club Chase at Day 2 of the Leopardstown Christmas Festival.

Douvan won the contest 12 months ago and was likely to reappear in it after missing the Tingle Creek, only for connections to decide to write the campaign off.

Min is a very able deputy for Willie Mullins and Rich Ricci, though, and ran for the first time since striking at this meeting last year when outclassing two rivals at Gowran Park last month.

Simply Ned has made the frame in the past three renewals and Nicky Richards sends him across the Irish Sea again, with the home team bolstered by Gordon Elliott's pair Ball D'Arc and Tell Us More.

The other Grade One on the card is the Paddy Power Future Champions Novice Hurdle, which sees Mengli Khan attempting to cement his position at the head of the Supreme Novices' Hurdle market. 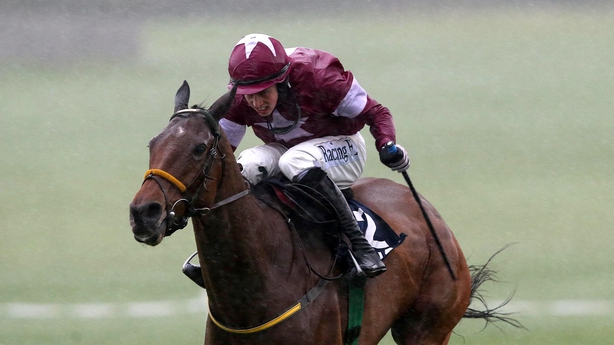 The richest race of the afternoon is the always-competitive Paddy Power Chase, with the weights headed by Grade One winner Road To Riches (above).

The ante-post lists are topped by Mullins' French import Polidam, who has been raised 9lb for beating Acapella Bourgeois at Navan.

The champion trainer unleashes Bunk Off Early over fences in the Paddy Power Cash Card PPlus Beginners Chase, with the Deloitte runner-up joined by stablemate Montalbano.

Le Martalin and Tycoon Prince are big threats to the Closutton duo.

Kuraka sets the standard in the opening Paddy Power 'Only 363 Days Till Christmas' 3-Y-O Maiden Hurdle but this race usually throws up a classy juvenile and there are plenty of interesting jumping newcomers in the field.

Mullins and Elliott saddle winning pointers Carefully Selected and Master Of Tara respectively in the Paddy Power Games 'One For The Road' Flat Race, with Jessica Harrington running 300,000-pound purchase Madison To Monroe.

Watch the Leopardstown Christmas Festival live on RTÉ2 from 1pm