Aidan O'Brien admits it will be hard to replace Highland Reel as he prepares to take a final bow in the Longines Hong Kong Vase at Sha Tin on Sunday.

The Ryan Moore-ridden five-year-old will be aiming for a seventh Group One win as he signs off from a stellar career that includes victory in this 12-furlong feature in 2015.

Highland Reel was last seen finishing third behind Talismanic in the Breeders' Cup Turf at Del Mar last month and O'Brien is hoping for a glorious swansong.

He said: "Highland Reel came out of his run at the Breeders' Cup well. He's a great traveller and all has gone well with him on the trip to Hong Kong.

"It was probably not ideal that there were only two weeks between his run at Ascot on ground that didn't suit and the Breeders' Cup, but that's the way it fell, and he needed to run at Ascot.

"This is his final race before he goes to stud, and I know that Davy (Bergin, work rider) is very happy with him.

He's been a great horse to be around, and he'll be hard to replace."

Moore said: "He's been a super horse. He's a world-class horse. He's run all around the world and he always runs a good race.

"If Highland Reel runs the race he did last year, they'll have to run a big race to go by."

The Andre Fabre-trained Talismanic will be in opposition again as he tries to bring a long-term plan to fruition.
Lisa Jane-Graffard, representing Godolphin, said: "From early on this year his trainer Andre Fabre has been targeting international races.

"His first port of call was Del Mar for the Breeders' Cup and we always hoped he would show enough there to be able to consider Hong Kong.

"It will be a completely different race to the one in California, but Highland Reel is always a very tough performer, wherever he goes. We'll definitely have respect for Highland Reel and most of the other runners as well." 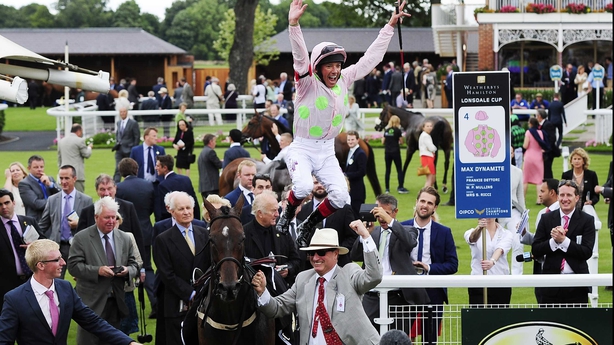 Max Dynamite lines up for Willie Mullins having finished third in the Melbourne Cup last time out.

The trainer said: "I am very happy with Max Dynamite and he has been working well. We would be delighted if he could make it into the first three in Hong Kong.

"He has recovered well from his run in the Melbourne Cup and has been fine since then. We are looking forward to him running at the weekend."

Ralph Beckett fields Chemical Charge but admits his runner has plenty to find with the leading players.

He said: "He's in good shape. Obviously he'll find horses like Highland Reel and Talismanic tough to beat, but he likes right-hand bends and fast ground."

O'Brien is double-handed in the Hong Kong Cup, with Deauville the choice of Moore while Seamie Heffernan will be aboard War Decree.

The Ballydoyle handler said: "Deauville has had a nice break since his last run in Canada, where I think the ground didn't help him. The good ground at Sha Tin should suit him, and hopefully he'll get an even pace and get into a good rhythm.

"The dirt track at Del Mar in the Breeders' Cup Classic was all a bit too much for War Decree, but he came out of that race well, and so we decided to send him on to Hong Kong. The turf at Sha Tin should suit him much better."

British hopes lie with Andrew Balding's Blond Me, the Sir Michael Stoute-trained Poet's Word and Robin Of Navan, who has done the majority of his racing in France for Harry Dunlop.

Balding said: "She's fresh after only four runs this year. If she runs up to her best, she's in there with a chance."

He said: "Although he seems to go on any type of ground, I think he would prefer it on the easy side. If there was a drop of rain, we would be more than happy, but I don't think it is a necessity. He has won on fast ground before.

"His main objective after this will be the Dubai Sheema Classic." 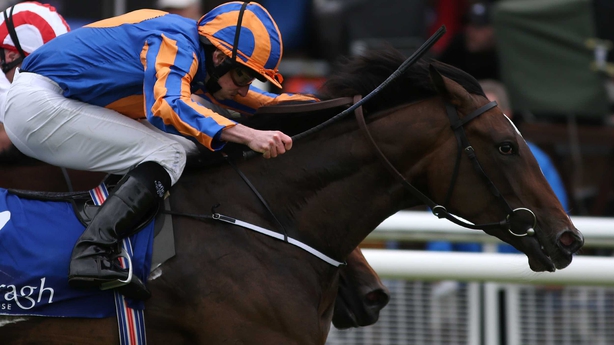 O'Brien also runs two in the Mile event with Moore opting to partner Breeders' Cup runner up Lancaster Bomber in preference to three-times Group One winner Roly Poly, who was 11th at Del Mar.

The trainer said: "We were delighted with Lancaster Bomber's run at the Breeders' Cup. He's been very consistent all year, and has come out of that last run well.

"He's only a three-year-old and his season next year will be one to look forward to. He's still improving, and may stay a bit further with time.

"Roly Poly was beaten three lengths from a wide draw in her last race, but she has come out of that race well.

"She's a very sound filly with a lovely pedigree, and she's a very enthusiastic racer."

David Simcock runs Lightning Spear and said: "He has a little bit of an inconsistent look to him now, but on his day he is capable of a very, very good performance. We are going there with an open mind and expect him to run well."