Melbourne Cup hero Rekindling is set for a short break in Australia before returning to Europe with next year's Gold Cup at Royal Ascot a possible target.

The Joseph O'Brien-trained three-year-old grabbed victory in the final strides of the Group One feature on Tuesday, denying Johannes Vermeer, who is handled by O'Brien's father Aidan, by half a length.

O'Brien expects Rekindling to build on his victory next term and while he has not ruled out a title defence next November, the trainer admits it would be tough to notch another Melbourne Cup victory.

He told www.racing.com: "He seems to have pulled up well, he's in good form here this morning.

"He'll have a little break and then I think he might come back to Europe next season for maybe a try at an Ascot Gold Cup or something like that in the summer, he's an exciting horse for next season.

"There's no reason why he wouldn't train on, he's had a busy year this year and he's looked to get better throughout, his last run in Europe was his best before this, which is obviously a career best.

"I'd like to think so (that the horse will travel to Australia again), absolutely, although it'll be tough to try to do it again.

"He has to stay sound and a lot of things have to go right for him to come back again next year." 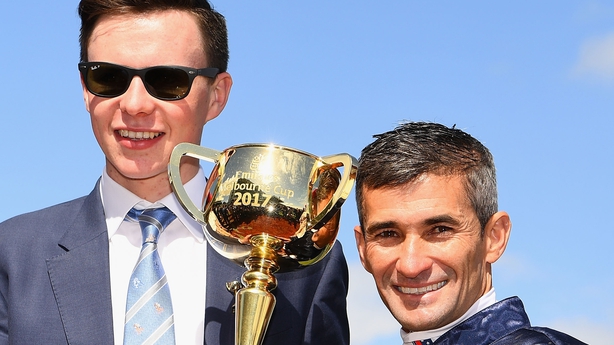 Owner Lloyd Williams was also at Werribee, where the international horses have been staying, and he is hopeful the High Chaparral colt can continue his progression in 2018.

"You hope that he'll go forward, he's a good staying horse," Williams said. "But he's been going since April and it's the second week of November now, so we're going to send him up to Macedon Lodge (Williams' private training establishment near Melbourne) and give him three or four weeks on the grass.

"It would be great to see him in the Gold Cup, it would be a good race for him but time will tell, that's a long way off."