Having carried all before her this season, John Gosden's Enable aims to finish it with a flourish in Sunday's Prix de l'Arc de Triomphe.

The English, Irish and Yorkshire Oaks are already in the bag, as well as victory against the boys in the King George VI And Queen Elizabeth Stakes at Ascot

With a field of 18 going to post, Enable fared well in the draw, pulling stall two, but Gosden is not counting any chickens and would have preferred Frankie Dettori's mount to have been in the middle.

"It was always going to be a big field, which is the reason we didn't want to run Cracksman in it. It is good opposition and it is a proper Arc," said Gosden.

"Horses with a high draw have the initial advantage, as it is a bit like in the boat race and the jockey will have to work out what to do. Luckily he has to make that decision, not the trainer.

"I always think the middle draw is best, but we are where we are and we've got to get on with it.

"I just hope we don't get too much rain on the day. I would love to see it on better ground, when you see the good horses quicken.

"The filly is well in herself. She is a lovely filly and she is well. She is weighing more now than she did at the beginning of the year, which is a good sign.

"I think there are five or six really nice other horses in there, not one to be afraid of.

"Remember, Chantilly it is not an easy track, with sharp bends. Not always the best horse wins." 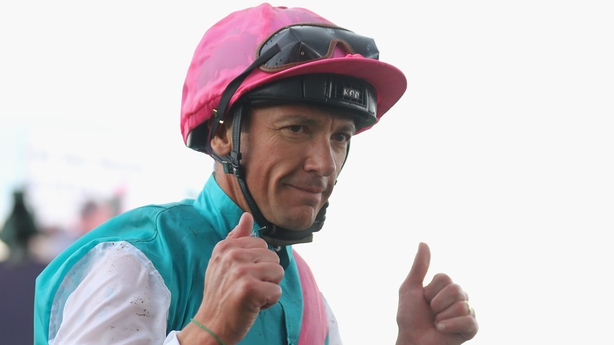 Dettori is aiming to become the winning-most jockey in Arc history, with four victories to his name to date.
"The Arc is very unpredictable, there's 18 runners, the best in Europe, and you've got to be on your wits," he said.

"Chantilly can be tricky at times and if we get the rain it could get complicated, with traffic problems.

"We need to improvise and come up with a plan."

Dettori has made no secret he thinks Michael Stoute's Ulysses, ridden by Jim Crowley and drawn next door in stall one, is his main danger, having won the Coral-Eclipse and Juddmonte International and been second only to Enable in the King George.

"Jim is lucky that he has a plum draw right beside me, but he knows that I'm not going to open a door for him, it's a question of if he's good enough to beat me," Dettori told ITV Racing.

"Sometimes in the Arc you can get behind bad horses and that ruins your chances, but a decent pace makes it better for everyone.

"She's been a model of consistency, goes on any ground and gets weight for age. She has had a long season, but we've got to go there upbeat and do our best."

Crowley said of the draw: "I was happy with stall one when I saw Enable was in stall two. I would much rather be where we are than 17 or 18.

"We are 3lb better off at the weights since the King George, but it was very testing ground that day so I'm praying we don't get much rain.

"The feeling he gave me in the Juddmonte was that he'd clearly improved, but he'd need to have as well."
Alan Cooper, racing manager to Ulysses' owners the Niarchos family, said: "Sir Michael has had this in mind for quite some time.

"We've been very happy with him since York and we're looking forward to it." 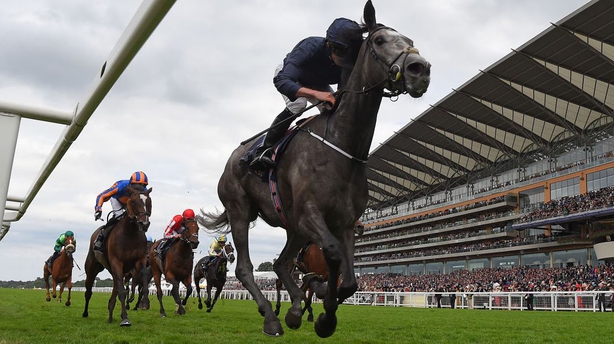 Aidan O'Brien runs five, including dual 1000 Guineas, Coronation Stakes and Nassau Stake heroine Winter, who is the pick of Ryan Moore but tries a mile and a half for the first time and suffered a surprise defeat last time out.

"She's been in good form since Leopardstown and everything has gone well," said O'Brien of his dual 1000 Guineas heroine.

"Obviously you can't be sure about the trip as the furthest she has gone was the mile and a quarter at Goodwood."

O'Brien's dual Classic winner Capri has been dismissed by punters at around 20-1.

"He's in good form. Obviously he hasn't done a lot since Doncaster, but he seems to be in good form," said the master of Ballydoyle.

Order Of St George, third last year, would be suited by rain, with O'Brien adding: "He's in good form. We've been happy with him since the Irish Leger at the Curragh and everything has gone well."