Richard Hannon feels Barney Roy will take "all the beating" in a high-class renewal of the Juddmonte International Stakes at York on Wednesday.

Hannon believes the Excelebration colt can turn the tables on narrow Eclipse conqueror Ulysses and add to his victory in the St James's Palace Stakes at Royal Ascot.

The Wiltshire handler said: "It was a great run for a three-year-old at Sandown and it was such a shame to get beaten.Church

"Barney Roy is in great form at home and has done very well since the Eclipse.

"He heads there in fantastic order and the Juddmonte looks the ideal race for him.

"The Eclipse form has been boosted by the victory of Eminent last Tuesday (in a Group Two at Deauville) and I think he will take all the beating at York."

Ulysses has since tasted defeat in the King George VI and Queen Elizabeth Stakes at Ascot, when a fine second to Enable, but trainer Sir Michael Stoute expects the four-year-old to play his part in the mile-and-a-quarter Group One.

The Newmarket trainer said: "He's competent at both trips. He loves top of the ground but he goes on any.
"You've only got to look at the King George and you've got your evidence there.

"I think it will be a high-quality race - it's very interesting.

"We've had some great races for the International in the past and we'll probably have a great one this time." 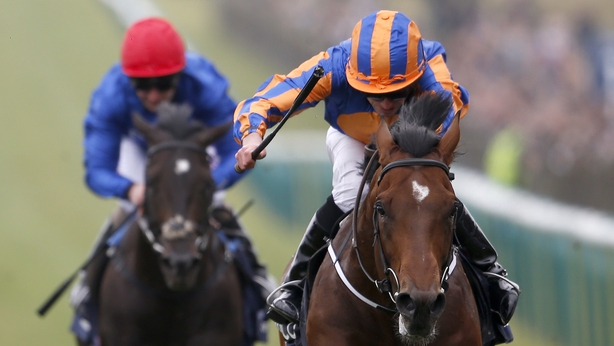 Aidan O'Brien is keeping his fingers crossed the rain stays away for dual Guineas winner Churchill, who will be tackling 10 furlongs for the first time, and Epsom Derby runner-up Cliffs Of Moher.

Cliffs Of Moher finished an unlucky fourth in the Eclipse, while Churchill filled the same position on his last start in the St James's Palace Stakes.

The latter was also a late withdrawal from the Sussex Stakes at Goodwood on account of the soft ground.

O'Brien said: "Cliffs Of Moher and Churchill are both on target for York and hopefully the rain stays away.

"He (Cliffs Of Moher) was unlucky not to fall in the Eclipse but came out of the race well.

"He suffered very bad interference, but everything has gone well since." 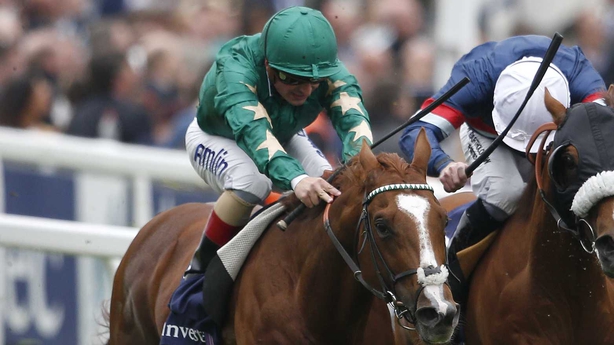 Decorated Knight finished sixth in the Eclipse and bids for a third Group One in the latest race of the Qipco British Champions Series.

Trainer Roger Charlton said: "The Eclipse was rough, very rough, and he didn't have much chance.

"He's taking on the best that are around, but he's had a nice break and is in good form. "

Last season's Prince of Wales's hero My Dream Boat reverts to a mile and a quarter for the first time since he chased home Ulysses in the Gordon Richards Stakes at Sandown in April.

Trainer Clive Cox said: "We are running him in a visor for the first time, which is a progressive step from the cheekpieces.

"I would be hopeful from his point of view that the ground will be fine on the first day.

The field is completed by the John Gosden-trained Shutter Speed, who is the sole filly in the race.

She won the Musidora over course and distance in May and was then fourth in the French Oaks in the hands of an injured Frankie Dettori.

Gosden told the Guardian: "Things didn't go quite to plan in the Prix de Diane.

"It was a very hot day and she didn't travel that great. And the jock was in a lot of pain in the closing stages. She should have been a good second, I think.

"I'm very conscious she's the only filly in there but we're happy with her at home.
"She's got a lot of speed."