Enable is "raring to go" ahead of Saturday's King George VI And Queen Elizabeth Stakes at Ascot, with Frankie Dettorri feeling the full force of her well-being on the gallops

The Italian was dumped on the floor having turned up to partner her in Newmarket on Tuesday morning.

Thankfully, having just returned from injury, Dettori managed to land on his feet.

"I rode Enable yesterday morning and believe it or not she dumped me on the floor. I was like, 'thanks very much!'. Luckily, I fell standing up but she still dumped me. She is just full of herself right now and raring to go," he said.

Dettori is still not riding with his usual regularity after a shoulder injury which forced him to miss Royal Ascot, but since his comeback he has won the Irish Oaks on Enable and a Group Three at Newbury on Saturday aboard Magical Memory.

Adding to his pain is the fact that Enable carries 8st 7lb, very close to Dettori's minimum weight.

"It's been a tough rehabilitation but I'm delighted to report I'm feeling good and getting stronger every day. I'm glad to say the physio is all done but I'm still training myself in the gym and I can't wait for this weekend," Dettori said in his Ladbrokes blog.

"I got allotted 8st 7lb in the King George which is my bare minimum, so I need to keep my weight down. My diet is all boring stuff at the moment - white fish, vegetables and water. It's grim!

"She was the reason I came back from injury so early. She really is special. I pushed myself so I could ride her in Ireland and it was worth it.

"The King George is a tough race but I'm really excited. She's getting a big weight allowance so she's entitled to be at the head of the market."

Discussing the opposition, Dettori continued: "Let's take nothing away from the reigning champion Highland Reel and the Coral-Eclipse winner, Ulysses.

"Highland Reel is obviously the biggest danger to our chances. He ran very well at Ascot before and we know he stays. He's just got a great CV.

"I suspect the ground will be on the right side of good. Her pedigree suggests the ground shouldn't be any issue.

"I'd never tried her on soft ground until this morning. It was only a small breeze but she seemed to handle it. We shall find out on Saturday."

Enable was only given the green light on Wednesday morning after consultation between John Gosden and owner Khalid Abdullah. 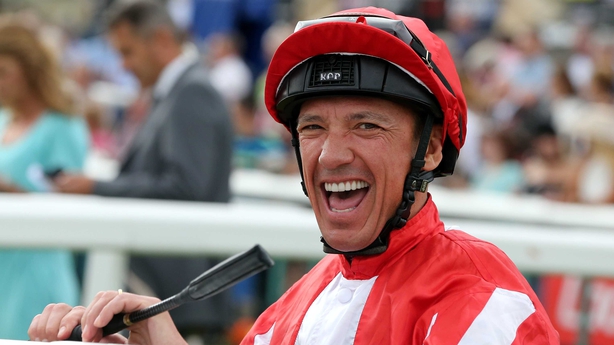 She is the 11-10 ante-post favourite with Coral for the King George after having won the Oaks at Epsom and the Irish Oaks at the Curragh by an aggregate distance of 10 and a half lengths.

"We made Enable favourite for the King George when connections suggested she could run at Ascot earlier in the week, but since her participation has been confirmed, it's been one way traffic with punters wanting to back her," said Coral's David Stevens.

"Although she could be lining up against the strongest King George field for many years, it's possible she could even be sent off as an odds-on favourite on Saturday, with her older rivals all on the drift at this stage, including second favourite Highland Reel."

Gerald Mosse has come in for the ride on Argentinian star Sixties Song.

A four-year-old son of Sixties Icon, he is the leading performer in his homeland but faces an entirely different test this weekend.

"It looks a very competitive race but he is the top horse in Argentina," said Mosse.

"I'm excited to ride in the King George, it's a great race to be a part of."

Mosse's agent Shippy Ellis added: "We were looking at riding at Newmaket but Gerald looked at the videos (of Sixties Song) and was keen to ride him.

"He does have some form on soft ground but he'd prefer it quicker, I think.

"It's a proper King George, make no mistake, and the connections deserve credit for coming and having a go.

"He's a big price but I think he'll outrun it."