Idaho could join his full-brother Highland Reel in the King George VI And Queen Elizabeth Stakes next month after winning the Hardwicke Stakes on the final day of Royal Ascot.

Just as his sibling had on Wednesday in the Prince of Wales's Stakes, the 9-2 chance proved too good for his rivals, beating Barsanti and Chemical Charge by half a length and one and a quarter lengths, as winning rider Seamie Heffernan timed it to perfection.

The Queen's Dartmouth had every chance when hitting the front seemingly full of purpose, but in the end had to settle for fourth.

The victory secured Aidan O'Brien top trainer honours at the meeting for an eighth time.

Idaho had slipped up when odds-on favourite in the St Leger in September and was last seen finishing sixth behind Highland Reel in the Coronation Cup at Epsom. 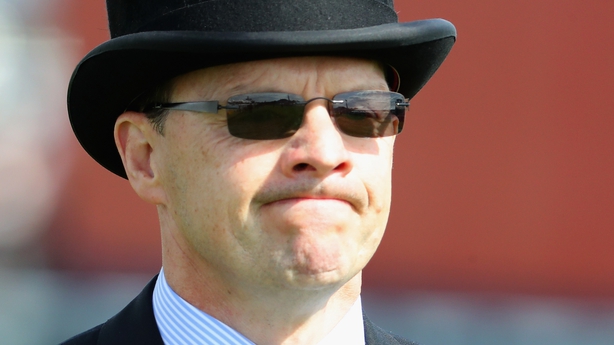 O'Brien said: "We're delighted. He's a full-brother to Highland Reel and we always loved him.

"It was his first run of the year in the Coronation Cup. He only arrived at the track an hour before and he was very upset.

"He was very unlucky in the St Leger last year when he unseated Seamus, you couldn't believe it, he was coming down the straight on the bridle.

"He's by Galileo and they don't know when to stop improving or stop trying. It's very possible he'll progress, there's plenty of races for him. I think he gets a mile and a half well, he galloped out very well and those races are open to him.

"It (King George) is a possibility for him, the lads will decide what they want to do in a week or 10 days, but it's a very strong possibility.

"Seamus gave him a peach of a ride, he's a world-class rider. He timed his run to perfection."

On being crowned leading trainer, O'Brien added: "We're obviously in a very privileged position to be working with such people and horses.

"It's a lot of hard work by a lot of people day in and day out.

"We look forward to going home, seeing the horses in the morning and then come racing. It's marvellous really." 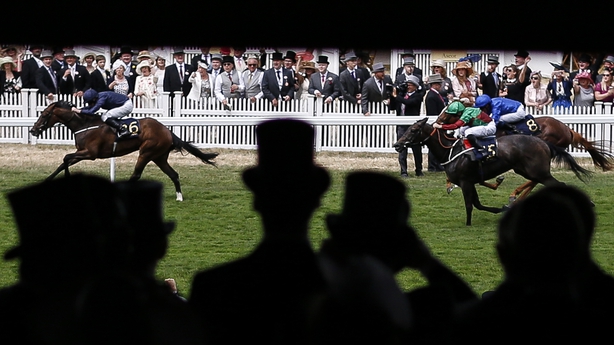 The Ballydoyle filly left a big impression when making a successful debut at Leopardstown earlier in the month and was the 11-8 market leader for the opening contest on the final day of the Royal meeting.

The Mark Johnston-trained Nyaleti led her rivals a merry dance for much of the seven-furlong affair and briefly looked to have cut loose.

But September reeled her in late in the day and was well on top at the line in the hands of Ryan Moore.

The Tin Man came out on top after a thrilling climax to the Diamond Jubilee Stakes at Royal Ascot.

Successful over the course and distance in the British Champions Sprint, James Fanshawe's five-year-old was one of the leading contenders at 9-2 after finishing fifth on his reappearance in last month's Duke of York Stakes.

Jockey Tom Queally took his time before launching his challenge against the far rail in the final furlong.

The Tin Man responded generously to his rider's urgings and settled down to fight it out with Duke of York winner Tasleet and 2-1 favourite Limato.

Yorkshire challenger Snoano was a 25-1 winner of the Wolferton Handicap, while Out Do struck gold in the ultra-competitive Wokingham Stakes for northern-based trainer David O'Meara and jockey Daniel Tudhope.