Big Orange held off a late charge from two-in-a-row chasing Order of St. George to win a thrilling Ascot Gold Cup this afternoon.

Trained by Michael Bell and ridden by James Doyle in the absence of the injured Frankie Dettori, the 5/1 shot was towards the head of affairs throughout and showed incredible heart to pip the fast-finishing 5/6 favourite right on the line.

The Aidan O'Brien trained reigning champion looked certain to overtake in Big Orange in the closing stages but the leader held firm to win by the slimmest of margins.

Doyle was positive from the off, disputing the early lead with Quest For More before opting to do it the hard way and attempt to make virtually all the running.

Harbour Law was also noticeably prominent through the early stages, while Ryan Moore put Order Of St George to sleep at the back of the field, giving Big Orange a healthy head start.

Doyle displayed an excellent judgement of pace from the front and was still well in control turning for home, just as Moore started to really stoke up Order Of St George - who had looked in a spot of bother on the turn for home - for his challenge.

Big Orange fended off the run of Harbour Law, before Moore delivered his mount inside the final half-furlong.

It looked as though Big Orange would be swallowed up, but he kept finding for pressure and while the pair got close in the finish, Bell's runner was on top by a short head at the line. It was another six lengths back to Harbour Law. 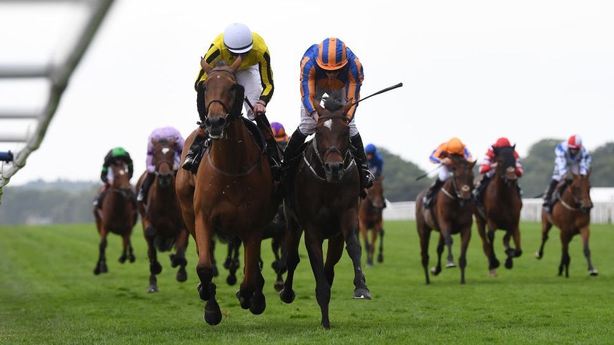 Doyle said: "Blimey, he's as tough as they get! Full credit to everyone. It was great to get the call-up. Unfortunately Frankie couldn't have got the injury at a worse time.

"Frankie's a real star. He called me a couple of nights ago and I was probably on the phone for about 20 minutes getting instructions and him telling me all about the horse. He was spot on.

"You can't do it without the help of everyone. Frankie said to me 'whatever you do, don't interfere with him'. He knows what speed he wants to go at and you just sit as a passenger.

"I had Frankie's voice in my head as I just eased him out and let him go to the front and the rest was history.

"He got a little bit lonely. I wish the second horse had joined me a bit earlier and I think he'd have won by further then."

"The horse is a superstar - he's a warrior"

Bell said: "I can't give the horse enough credit. He just puts it on the line and it's just fantastic. It was an epic race. Order Of St George is a fantastic horse ridden by a brilliant jockey.

"The horse is a superstar - he's a warrior. That's his eighth Pattern win and we're extremely lucky to train him."

The Gold Cup wasn't O'Brien's only near miss on Day 3.

Bell confirmed Big Orange will now bid for a third successive win in the Goodwood Cup on August 3.

The gelding has run in the last two renewals of the Melbourne Cup, finishing fifth and 10th, but Gredley said: "We're not going to Melbourne."

Aidan O'Brien said of Order Of St George: "He's run a very good race. I'm not sure where he'll go next. We'll see how he is." 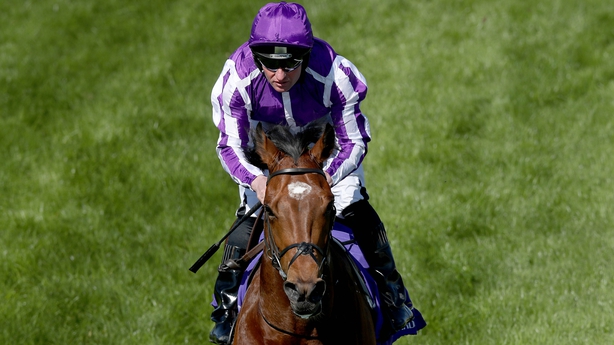 Earlier on, O'Brien's 10/3 favourite Orderoftehgarter was pipped by Benbatl in the 3.05 Hampton Court Stakes.

The latter was trained by Saeed Bin Suroor and was ridden home by Killarney Oisin Murphy on what was his first festival win.

Aidan O'Brien did enjoy success in the opening the race of the day as Sioux Nation triumphed in the Norfolk Stakes.

Ryan Moore steered the 14/1 shout home by a half a length from favourite Santry to give O'Brien his 57th Royal Ascot winner.

And yet another favourite was edged out in the RIbblesdale Stakes as Michael Stoute's Mori was beaten at the line by the John Godsen-trained Coronet, who came late to win the race with Olivier Peslier in the saddle.