Having answered questions about his stamina when an impressive winner last year, Aidan O'Brien's Order Of St George looks a solid favourite to retain the Gold Cup at Royal Ascot on Thursday.

The five-year-old went on to finish third behind stablemates Found and Highland Reel in the Prix de l'Arc de Triomphe, but less than a fortnight later he was surprisingly beaten at Ascot on Champions Day.

He also suffered a reverse on his seasonal debut in the Vintage Crop Stakes before winning the Saval Beg, with O'Brien reluctant to make comparisons with four-time Gold Cup winner Yeats.

"We take one race at a time with every horse and don't get too far ahead of ourselves," said O'Brien.

"It's been a case of so far so good with Order Of St George this season. We were happy with his first run and his second run, and we've been happy with him since. I'd say he's in a similar place to last year.

"We were delighted with him in the Gold Cup last year. We could not be sure he would stay the distance, but he saw it out well.

"He could go for the Goodwood Cup afterwards, but we've got to get to Ascot first and we will see after that." 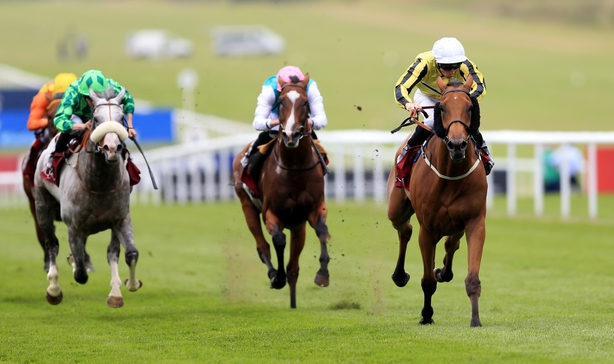 Michael Bell's Big Orange will be ridden by James Doyle in the absence of Frankie Dettori, but his trainer admits the trip is a bit of an unknown for the dual Goodwood Cup winner.

"He won well over two miles at Sandown the other day and the last furlong was probably his best furlong and that's two miles with an uphill finish," Bell told At The Races.

"There's no doubt he'll get two and a quarter miles, but two and a half is uncharted waters.

"But looking at him as a physical specimen, you've got to think if any horse is going to get two and a half, he would.

"I don't think Order Of St George is a Yeats. He's not stamped his authority on the race yet. Obviously he's a high-class horse, but Big Orange is at at his peak at this time of year.

"I can see him setting a relentless gallop and hopefully lasting home. If the ground is fast, he'll run a huge race. You've got to hope and be positive and we couldn't be happier with the horse."

Sheikhzayedroad won the Long Distance Cup on Champions Day last year and trainer David Simcock expects him to run his usual solid race in what is another leg of the Qipco British Champions Series.

"He'll run his race. He doesn't let us down very often. It looks a very good race but our horse is going well," said Simcock.

"He's definitely the yard favourite and is in great shape, but he doesn't show us much at home so you just go on well-being and what the lad who is riding him is saying." 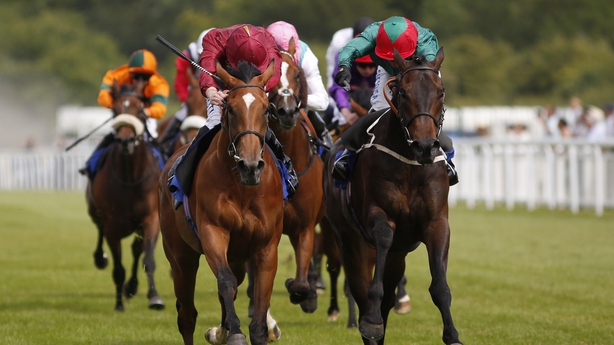 Simple Verse won the 2015 St Leger for Ralph Beckett and made a pleasing return to action in the Yorkshire Cup.

David Redvers, racing manager for owner Qatar Racing, said: "She is great and moving well. I saw her the other day and she has put on weight since her run at York, which is exactly where Ralph wants her.

"She is very bright in herself. We don't know whether the extra half-mile is going to suit her, but we would be very optimistic. She is as tough as nails and thought she won the Yorkshire Cup so is going there on high - she is really blooming."

Quest For More disappointed in Dubai on soft ground and again on quicker going in the Henry II Stakes, but trainer Roger Charlton feels he had valid excuses for both runs.

"He was disappointing at Sandown but after the race he had a bit of a mucus in his lungs, which is unusual for him, so I'm hoping that's a reasonable excuse," said Charlton.

"He doesn't owe anybody anything, but it's nice to have a runner in a race like that."

Torcedor has made giant strides for Jessica Harrington since joining the team on David Wachman's retirement, beating Order Of St George in the Vintage Crop Stakes.

His jockey Colm O'Donoghue said: "He won really well at Leopardstown and then we took him to Navan. We went a good pace, Jessie wanted to find out a bit more about him and he was very good on the day.

"He showed plenty of pace, he settled and he travelled, so it's all systems go. His work has been good and Jessie is very happy."