Dubai's Godolphin Operation will seek to use racing's most glamorous week at Royal Ascot to begin their fight back and put a stop to the bandwagon of master Irish trainer Aidan O'Brien.

The 47-year-old O'Brien has won three of the four English classics this season whilst one has generally had to look a fair way back to find the royal blue silks of Sheikh Mohammed bin al-Maktoum's Godolphin runners.

Not one English classic winner has been welcomed back by Dubai's ruler since Dawn Approach landed the 2013 English 2000 Guineas.

That lack of success and a deterioration between four-time champion trainer Saeed bin Suroor and Sheikh Mohammed's chief aide John Ferguson saw the latter step down as chief executive after the Derby meeting earlier this month.

"Now Sheikh Mohammed makes the decisions, nobody else," said a sated Bin Suroor. "I like things this way."

Another brave new dawn could be launched right from the outset of the meeting with Ribchester - trained in Yorkshire by Richard Fahey - the warm favourite to take the Queen Anne Stakes especially after his eye-catching win in the Group One Lockinge Stake.

O'Brien will field two runners in Cougar Mountain and Deauville but most interest will be on the Australian-owned Kaspersky trained by Jane Chapple-Hyam and to be ridden by the remarkable Melbourne Cup winning jockey Michelle Payne.

The 31-year-old - who rode 100/1 roughie Prince of Penzance to victory in the 'race that stops a nation' in 2015 - has defied those who thought her career was over when she suffered a torn pancreas in a fall last year and is looking forward to her ride on the two-time Group Two winner.

"Who knows what can happen in racing? The possibilities are endless," said Payne, who is due to have a film made about her life.

"If you work hard, you never know. Royal Ascot is a fantastic occasion and it's a dream to be involved. Everyone at home is excited for me as well and setting their alarms to be up early to watch." 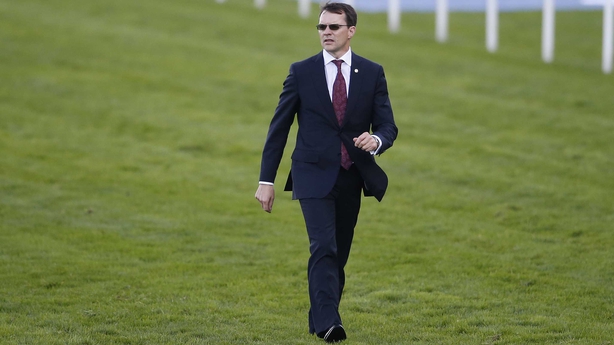 O'Brien may not take that prize but his eyes will be fixed on at the very least the feature races on the first four days.

His dual 2000 Guineas champion Churchill has shown the same indomitable spirit as Britain's World War II leader who he is named after and will seek to maintain his dominance over Godolphin duo Barney Roy and Thunder Snow -- they finished runner-up to him in the English and Irish 2000 Guineas respectively - in Tuesday's St James's Palace Stakes.

"He's very straightforward and he should be happy on the (good to firm) ground," said O'Brien, who will also field formidable English and Irish 1000 Guineas winner Winter in Friday's feature the Coronation Stakes.
"There are a lot of good horses in the race and we have total respect for them all."

O'Brien, whose much-travelled multi-Group One winner Highland Reel will bid for another top prize in the Prince of Wales's Stakes on Wednesday, has won a record seven Ascot Gold Cups and will seek on Thursday to make it eight when he saddles defending champion Order of St George.

By contrast Godolphin will hope to have upset the established order by the time the meeting draws to a close on Saturday.