Michael O’Leary is hopeful of finishing another outstanding season for the Gigginstown House Stud on a high at next week's Punchestown Festival.

The champion-owner elect is eyeing a winning finish at the five-day festival, and Eddie, racing manager to his brother, has revealed today that a string of Gigginstown's star names are set to run at the Festival.

"We were delighted with Cheltenham and touch wood she's done well since then. I don't think she'll be running in the BETDAQ Champion Hurdle over two miles - she'll either go for the three-miler or the mares' race and we'll decide in the next few days."

But Gigginstown will be going into the Grade 1 €250,000 BETDAQ Champion Hurdle on Friday, 28 April, with a live chance thanks to the Henry de Bromhead-trained Petit Mouchoir, a dual Grade 1 winner this season who finished third to Buveur D'Air in the Champion Hurdle. 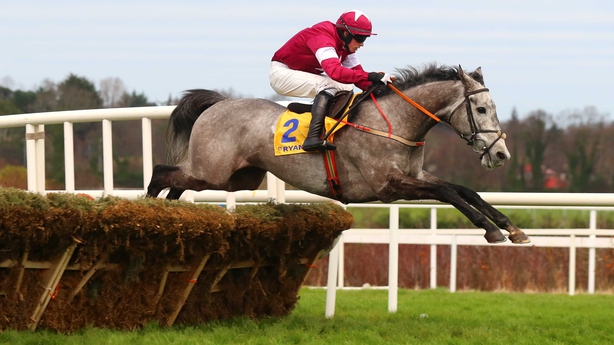 "He ran very, very well at Cheltenham and was beaten by an extremely good horse. Now he's more settled in his races, I think that gives him a bit more of a chance.

"He'll be going over fences next season and we hope he's a nice three-mile chasing prospect."

The Gordon Elliott-trained Outlander is set to put a below-par run in the Cheltenham Gold Cup behind him when he takes on an all-star cast in the Grade 1 €250,000 Coral Punchestown Gold Cup on Wednesday 26 April.

"We were a bit mystified by Outlander at Cheltenham, no excuse has really come to light for that run," said O'Leary.

"He's a horse that usually travels well in his races but he was never going in the Gold Cup. Hopefully we'll see a different horse at Punchestown and we will need to as it looks like it's going to be a really good race."

Sub Lieutenant, who finished second in the Ryanair Chase at Cheltenham and the Melling Chase at Aintree, may also line up in the 3m 1f Coral Punchestown Gold Cup.

"There's a small chance Sub Lieutenant will run at Punchestown and if he does he'll go for the Coral Punchestown Gold Cup. He's a half-brother to Lord Windermere so I think he wants the longer trip."

The Noel Meade-trained Disko finished third in the JLT Novices' Chase at Cheltenham after winning the Grade 1 Flogas Novice Chase at Leopardstown in February.

He will line up in the Grade 1 Growise Champion Novice Chase on Tuesday 25 April.

"Disko will go for the Growise Champion Novice Chase," commented O'Leary. "It just didn't happen for him at Cheltenham, he was never travelling in the race. We hope he's a bit better than he showed there but he would need to be."

Gigginstown also look set to be represented in the Grade 1 Ryanair Novice Chase on Thursday 27 April.

"We've got A Toi Phil, Atrribution and Ball D'Arc in the Ryanair Novice Chase over two miles. I'm not sure yet who will be in there but it's their last chance of the season so we'll see how they all are."

The highly-regarded Death Duty was undefeated over hurdles before being sent off a hot favourite for the Albert Bartlett Novices' Hurdle at Cheltenham, where he unseated jockey Bryan Cooper when looking beaten. He will look to make amends in the Grade 1 Irish Daily Mirror Novice Hurdle on Wednesday 26 April.

"We hopefully found a reason for Death Duty's disappointing run at Cheltenham and if he's OK he'll run at Punchestown," said O'Leary.

"He looked very good before that run at Cheltenham but just didn't travel at all in the race. We hope he's an exciting horse and we all believe he's a three-miler so he'd most likely go for the Irish Daily Mirror Novice Hurdle on the second day of the Punchestown Festival."

Former pointer Poli Roi, who won his only start on the track for Gordon Elliott in February, is set to line up in the Grade 1 €100,000 Racing Post Champion INH Flat Race on Wednesday 26 April. There is a chance he could be joined by stablemate Samcro, a 17-length winner at Fairyhouse on Monday.

"I think we'll run Poli Roi, who won well at Navan in February, in the Racing Post Champion Bumper," continued O'Leary. "Gordon was talking about running Samcro as well. He's come out of Monday's race very well but I think he's probably done enough for the season. We'll see. 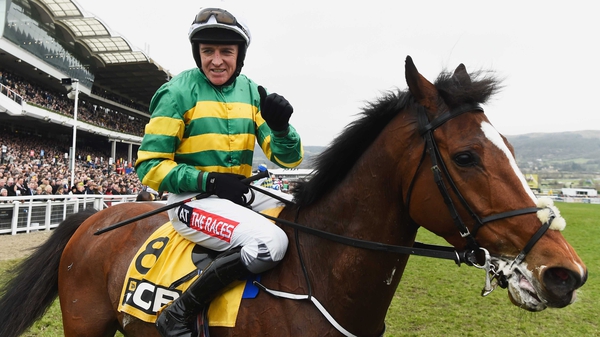