Aidan O'Brien wasted little time in getting on the board for the new Irish Flat season as he and jockey daughter Ana recorded a 29-1 double at Naas.

Star of the show was undoubtedly Orderofthegarter (11-4), who was a most convincing winner as he made most of the running to spreadeagle the opposition in the Irish Stallion Farms EBF Maiden, under O'Brien's daughter, Ana, who also won for her father on Alphabet.

O'Brien said of the well-entered son of Galileo, who was second on both his starts as a two-year-old: "He'd a couple of good runs. He galloped home well and will get further.

"He'll step up now and could go to Leopardstown for a Guineas Trial."

The opening day was switched to Naas while the Curragh undergoes improvement work and it saw Alphabet (7-1) open her account in impressive fashion when having her first start for O'Brien in the Weatherbys GSB Goes Online Maiden.

Having shown bits of form in three starts for the now-retired David Wachman last term, the daughter of Lawman turned the six-furlong heat into a procession as she stormed home by five and and a half lengths.

O"Brien said: "David liked her last year, but his horses were sick. He thought she was quick, and she seems to handle any ground. She jumped and travelled very strongly.

"We are happy with the way the horses have run today.

"You are never sure how forward they are at this time of the year before you run. We won't have a two-year-old runner out until the Dundalk meeting (April 12) or maybe the meeting here the weekend before that. They will be just ready to start." 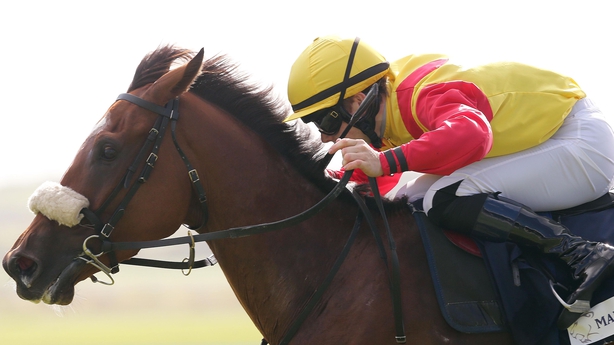 County Meath handler Ger Lyons enjoyed a flying start of his own with a 220-1 brace courtesy of Gymkhana and stable stalwart Brendan Brackan, who took the feature Tote Irish Lincolnshire after a 162-day absence.

The eight-year-old was the bigger price of Lyons' two runners but made light of the steadier of 9st 12lb to oblige at odds of 16-1, with better-backed stable companion Sea Wolf in third.

Tribal Path led into the straight, but Gary Carroll had Brendan Brackan well-placed towards the far rail before going on inside the final furlong to beat Aussie Valentine by a length and a half.

"To be honest we fancied Sea Wolf more, but you can't beat class," said Lyons. "He's been an absolute legend for the yard, and hopefully he can win another stakes race this year.

"I'm delighted for Gary as well, as he's a big part of the team. He got a lovely split on the inner and he just took off."

Gymkhana (12-1) found a decisive burst of speed to make a winning first start since joining the Lyons stable when taking the Naas Racecourse Launches The 2017 Flat Season Handicap.

Bought for 21,000 guineas at Tattersalls Autumn Sales out of David Smaga's French stable, the Equiano colt stamped his authority on the six-furlong contest with a great flourish in the final furlong under Colin Keane.

Lyons said: "He's been very straightforward and I felt if it was seven furlongs I would have fancied him to be in the money. I was learning as much about him as everyone else today.

"That was a nice performance and he has plenty of toe, but you would like to think he will get further." 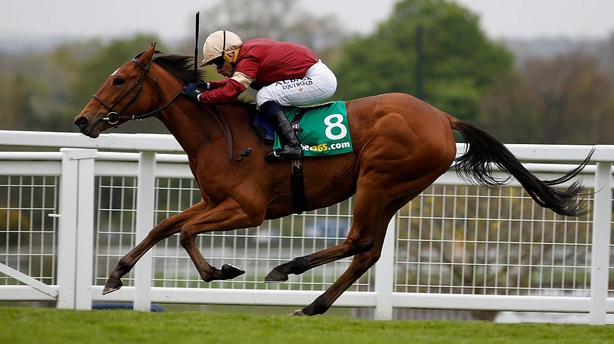 Fourth in last season's Irish 1000 Guineas, the Mick Channon-trained filly showed she had benefited from a race in Saint-Cloud two weeks ago when sticking to her task in good style.

Graham Lee timed his challenge to perfection as Czabo (8-1) defeated the 7-4 market leader by half a length.

The trainer's son, Michael Channon junior, said: "We took her to Saint-Cloud a few weeks ago, but she was too free for the first half a mile and it was a complete wasted effort.

"She's done it very nicely, and we had fitness on our side and that helped.

Former Grand National-winning rider Lee recalled it was 25 years since he had his first ride at Naas.

"It's good to have that monkey off my back!" - Fozzy Stack

The Fastnet Rock gelding was a length and a half too strong for Hailstone.

The bottom-weight was giving jockey Chris Hayes a double in a race he won 12 months ago on subsequent Irish 2000 Guineas winner, Awtaad.

Stack said: "It's good to have that monkey off my back! He'd been working well, and has got stronger since last year.

"I always thought that he wanted better ground but he had been working well on grass a few times during the spring. He stays well and he could get a mile and a quarter."

Hayes had earlier steered Moonlight Bay (4-1) to victory for trainer Kevin Prendergast in the Irish Stallion Farms EBF Maiden which kicked off the card.