RTÉ Sport’s Jonathan Mullin previews all the action on the final day of the Cheltenham Festival.

1.30 JCB Triumph Hurdle
Mega Fortune would probably prefer some cut in the ground, whereas the promise shown by Landofhopeandglory in the earlier part of the season should be renewed if the ground stays like it was on the first three days.

The fact that Landofhopeandglory is back in the reckoning underlines the hand JP McManus has in this because both Defi Du Seuil and Charli Parcs come with prime chances, especially the unbeaten Defi Du Seuil.

Philip Hobbs has endured a quiet week so far but this juvenile - encountering the fastest ground of his career - could still be good enough to see them all off.

2.10 Randox Health County Handicap Hurdle
One of the toughest handicap hurdles in the racing calendar, so many have chances and narrowing it down to any workable number is always a task and a half. But here are two.

Winter Escape was well fancied in the Greatwood Hurdle won by North Hill Harvey, but perhaps both inexperience and soft ground contributed to a below-par performance. You have to pay close attention to horses who have been clearly laid out for the festival and he fits that bill.

The second is Mick Jazz. He brings both solid handicap and novice form to the race and has always shaped like a horse good enough to land a race like this. 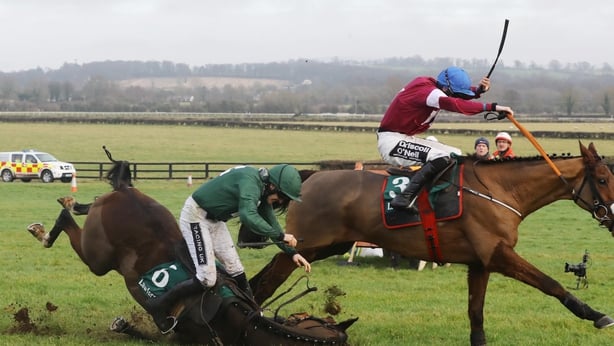 2.50 Albert Bartlett Novices’ Hurdle
Gordon Elliott had a quieter day on Thursday than days one and two, but it is significant that he considered the later part of the week to be the period most likely to give him winners, and that he thought Death Duty was the strongest chance of all.

Wholestone is rock solid, with serious course form, and The Worlds End is a progressive young horse the subject of plenty of positive reports and deserves respect. 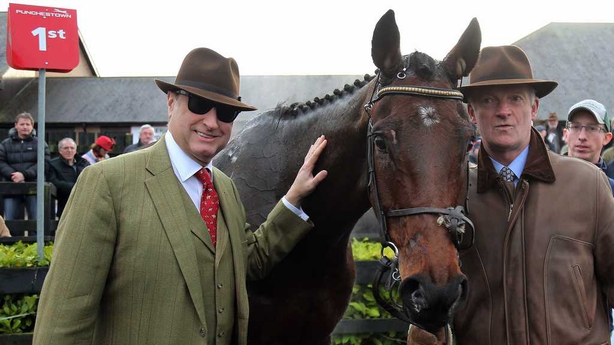 3.30 Timico Cheltenham Gold Cup
The ‘Clossutton crisis’ was mercifully brief for backers of Djakadam and it is impossible to ignore the noises coming from Willie Mullins about the chances of the horse who has finished second in the last two Gold Cups.

Last year, he came into the race after a fall in a Cheltenham trial in which he sustained a nasty cut. He is also best after a break and comes into this after a frustrating-if-respectable run in the Lexus and a long gap to recover.

Cue Card and Native River give Colin Tizzard a huge and obvious chance of winning - Cue Card looked so unlucky when falling three out last year and Native River’s drive through the staying chase ranks has been one of the stories of the season.

Age, in Cue Card’s case, and Native River’s possible lack of tactical speed in a race like this, temper enthusiasm.

What Native River and Champagne West will do is ensure everything will have to stay the 3m2f and that’s where the question marks fall at the feet of Irish Gold Cup winner Sizing John.

If there’s a market springer, it could be More Of That, who looked back to his best before falling at Leopardstown and remains the only horse to have beaten Annie Power on the days she has stayed standing.

Selection: More Of That small each-way 14-1

4.10 St James’s Place Foxhunters
They say weight stops trains but what about age?

On The Fringe goes for three-in-a-row in this race and looked as good as ever at Leopardstown last time despite now being very much a veteran at 12. His regular partner, Nina Carberry, misses the ride this time as she is pregnant with her first child, and instead Jamie Codd takes over.

Last year, he was much more subdued at Leopardstown before arriving at Cheltenham and then improved pounds for that run when arriving at Aintree, so it makes sense that trainer Enda Bolger has fast-tracked the horse’s training this year to ensure he arrives here at his best.

Of the rest of the Irish, Aupcharlie ran okay in the race last year and it is possible he could improve on that this time. He certainly looked good at Fairyhouse last time.

Wonderful Charm is a class horse and, at nine, still remains plenty of ability. He has Katie Walsh in the saddle which rates a positive too but even at his prime, the sense was that flatter tracks than this suited him best.

Selection: On The Fringe 7-4 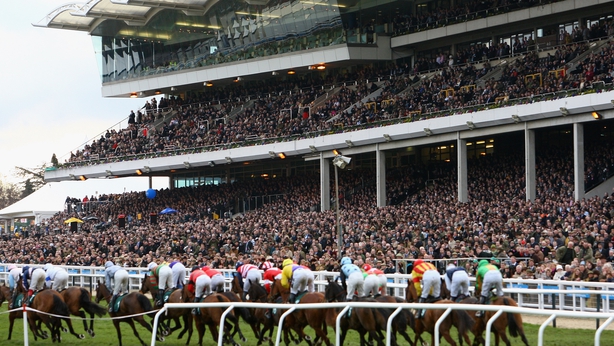 4.50 Martin Pipe Conditionals Handicap Hurdle
This race appeared to revolve around The Storyteller, who emerged from a novice hurdle campaign seemingly designed to preserve a mark for this race. Everything was going to plan before the horse picked up an injury last weekend.

It means Elliott has diverted Runfordave, in the same ownership, to the race and he looks progressive enough to play a part, as does the well-handicapped No Comment. However, his jumping could be better - a similar comment that could be applied to talented bumper horse Battleford.

Coo Star Sivola could be the one at a price. He has course form, is on a nice mark and represents a trainer, Nick Williams, with a winner already on the board this week.

5.30 Johnny Henderson Grand Annual Handicap Chase
This looks a lesser race than last year, with many of the 2016 cast back for more, including the Arthur Moore-trained Dandridge and Rock The World, a big punt in the race last year from Jessica Harrington’s yard.

Le Prezien has been a prominent ante-post player for this but his jumping may not survive the hustle and bustle of this.

Dandridge has charted a path to the race typically clever of his handler and deserves close attention. But the odds compilers aren’t blind either and he hasn’t been missed in the market.

Velvet Maker has been popular since Alan Fleming landed the closing race on Tuesday’s card with Tully East, but his two runs at the track have underwhelmed.

From last year’s bunch that leaves Rock The World, who comes from Harrington’s in-form yard. He will love if the rain stays away, has very solid course form and looks like he could take all the beating.