Cheltenham’s legendary National Hunt festival begins this afternoon; it’s the pinnacle of jumps racing with 28 mostly competitive races down for decision. Winners may be hard to come by, but here’s a short guide to the day’s action with some betting advice.

Logic says Ballyandy’s the one here: he won the Champion Bumper last year, has good course form over flights too, and was an impressive winner of one of the toughest handicap hurdles of the year at Newbury last time.

But sometimes logic and racing don’t sleep well together, especially when the reputation of the festival’s preeminent trainer comes into the equation. Willie Mullins saddles four of the 14, but one horse, Melon, stands out. Not on form or anything - indeed he has run only once over hurdles and that form amounts to nothing in the context of this race - it is instead Mullins’ consistent bullishness that prevails. He does know what it takes to win this having landed three of the last four with Champagne Fever, Vautour and Douvan and with bookmakers competing strongly against each other to grab your business at the start of the week, expect to get 3-1 or better.

Altior created a strong impression when winning the Supreme Novices’ Hurdle last season and looks an exceptionally high class recruit to fences this term. He’s one to watch rather than back at a price as short as that (1-4 in places) so most punters will either sit it out and just watch, or try and find one to chase him home and back that without. Bookmakers allow you to take the favourite out of the equation and create a fictional market in which if your horse wins or comes second to the favourite, you collect. Charbel, having already done so at Sandown, looks the most likely to do so again. 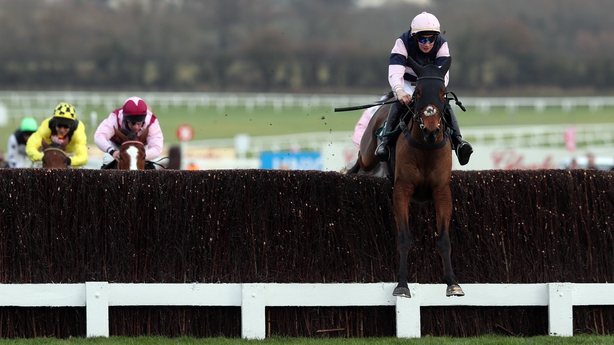 A strong renewal of a competitive handicap chase and yet a couple leap off the page.

For all the furore about the British handicapper’s treatment of some of Gordon Elliott’s Gigginstown-owned Grand National entries, the trainer has done well with some of his Cheltenham handicap fancies. That includes Noble Endeavor who brings strong current form and solid course form to the equation. He was chinned in the Martin Pipe in 2015 and was working his way back into contention when falling in last year’s four-miler.

And speaking of course form, three horses very familiar with this race bounce back with big chances again: last year’s first and second, Un Temps Pour Tout and Holywell, and the dangerously-well-handicapped The Druids Nephew, back to the mark he won this race off in 2015.

But Singlefarmpayment’s credentials could top the lot. His mark of 142 has been minded carefully by Tom George since being brought down in a handicap at Cheltenham in January. Connections could have been tempted by the RSA Chase later this week but have instead opted for this.

No Faugheen and no Annie Power has precipitated a drastic reshuffle for many horses who didn’t exactly head into the winter with their people dreaming of Champion Hurdle glory. Yanworth is a worthy favourite, both because of the record of Neptune horses in the race (he was second to Yorkhill in the race last year) and his solid win-record. He’s not flashy, and would prefer softer ground, but he does get the job done in an admirable way.

At the prices it might be worth siding with the deeply progressive Brain Power, though, a horse who has scooted through the handicap ranks and out the other side. A place bet on My Tent Or Yours might make things interesting too for, at his best, he’s potentially much better than this lot despite struggling to win too often these days. Both selections would love a toasty afternoon at Cheltenham tomorrow and some dry ground.

The much-maligned mares race has again thrown the cat among the pigeons. Willie Mullins has farmed this race since its inception, winning it every year in the last eight wth Quevega (6), Glen’s Melody (after Annie Power fell at the last) and Vroum Vroum Mag. On each occasion, without meaning to be uncharitable, the opposition was never genuine Grade 1 quality - but this year is different. Unusually for both trainer and owner (Rich Ricci), two of their best mares take each other on; Ruby Walsh rides Limini and Paul Townend is on Vroum Vroum Mag. Not that it’s between the two either because as well as lively outsiders in Jer’s Girl and Lifeboat Mona, Gordon Elliott saddles a mare of genuine quality in Apple’s Jade. She was once trained by Mullins and beat Vroum Vroum Mag in the Hatton’s Grace last winter. Walsh’s decision would have been made by the trainer, so you’d have to respect the fact that Mullins thinks Limini’s progression could win the day. That said, save for Doncaster last time, there’s an enduring, consistent quality about Vroum Vroum Mag and, at the prices, she looks too good to resist. 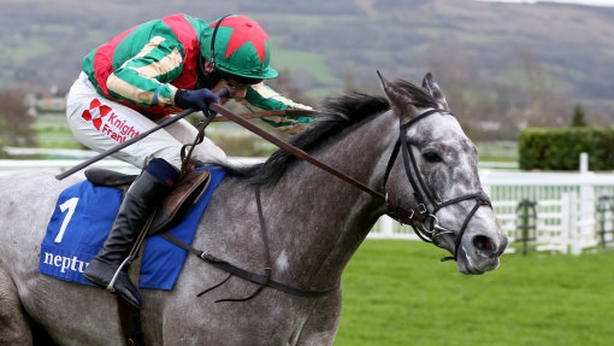 This is a chase restricted to amateur riders so the natural thing is to seek the top two amateurs in these types of races and stick with them. And that is what the market has done, making A Genie In Abottle (Jamie Codd) and Edwulf (Derek O’Connor) the favourites. Both jockeys are  legendary point-to-point riders and have won the last two versions of the race too.

At the prices though it’s worth taking a look at Champers On Ice, who isn’t obvious on ratings and hails from a David Pipe yard that could be in better form. Roger Quinlan rides and is more than well able, the cheekpieces he wore when finishing third in last year’s Albert Bartlett are back on, and he is a horse endowed with endless stamina. Tiger Roll, the enigmatic former Triumph Hurdle winner, has the ability to surprise and his jockey Lisa O’Neill enjoys a fine record for Gordon Elliott and Gigginstown House Stud.

A notoriously-tight handicap. Given the race is restricted to horses rated 140 or less, on the back of an impressive all-the-way course handicap win, Foxtail Hill is probably fortunate to get into the race and is the obvious starting point.

It’s a guess, and the horse has been off since last June, but All Hell Let Loose could be underestimated. He showed improved jumping skills on his first start for Henry De Bromhead and while he needs to improve on his poor course run in the Pertemps last year, he’s a sporting pick at big odds.

Listen to all the action from Cheltenham live on RTE Radio next week, from 1pm on Radio 1 Extra and LW, and on the Ray D'Arcy Show from 3pm.