That's always been the mantra for Willie Mullins, according to his assistant David Casey, who said the yard will head to this year's Cheltenham Festival prepared to take the rough with the smooth after a turbulent year that's changed the landscape of National Hunt racing.

Mullin's shock split from Gigginstown House saw the Closutton handler lose the likes of Apple's Jade, Outlander and Don Poli - a blow that would have collapsed most yards.

Mullins brings a 40-strong team to Prestbury Park this year however, and Casey was philosophical about a period of major transition.

"We've lost a lot of good horses; fancied horses I suppose. We had it so good for so long," he told RTÉ Radio 1's Saturday Sport.

"You've got to take the good with the bad. I remember Willie saying last year or the year before, 'make sure you enjoy it, it won't always be like this'.

"In horse racing it doesn't last. In other years we've had as may horses getting injured, they just weren't as high profile as the likes of Faugheen, Annie Power, Vautour, Min. 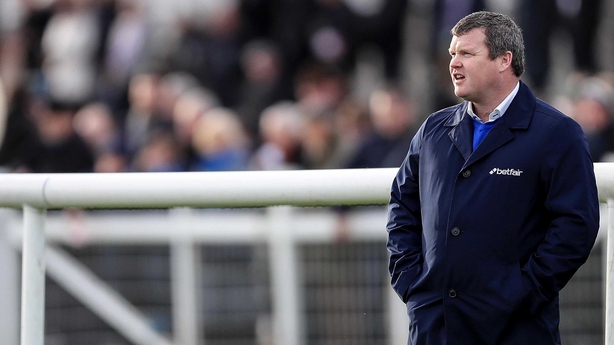 Don Poli, now in the care of Gordon Elliott [above] was ruled out of the Gold Cup after suffering a setback, joining a string of high-profile casualties who will not feature at next week's showpiece event.

Five out of the last six years Mullins has landed the leading trainer award at the Festival, but Elliott has emerged as a major threat, benefiting massively from the Gigginstown split and enjoying a healthy lead in his bid to become champion trainer.

Casey focused on the positives though, talking up the pick of their hopes and accentuating the yard's desire to take each race - and any success that comes with it - in their stride.

"You get one on the board first and you worry about it after that."

"Douvan is the one that sticks out," he said. "He's going for his third win at the Festival after winning the Supreme two years ago and the Arkle last year. He's a very short-priced favourite in the Queen Mother Champion Chase. He looks as if it's his to lose.

"Hopefully he'll go and put up as a performance as he has the last couple of years and go and win.

"We've got the likes of Vroum Vroum Mag and Limini in the Mares' Hurdle; Djakadam in the Gold Cup; Yorkhill runs in the JLT; we're strong in the Novices Hurdle... and we've got three good chances in the Mares' Novice Hurdle as well,  Let's Dance, Airlie Beach and Asthuria.

"If we can get one to click it'll be great, we'll be delighted.

"You get one on the board first and you worry about it after that.

"If you get one on the board it settles everybody's nerves. We'll start with one; we won't get too greedy."

Listen to all the action from Cheltenham live on RTE Radio next week, from 1pm on Radio 1 Extra and LW, and on the Ray D'Arcy Show from 3pm.