Jezki makes his long-awaited return to action in the Race Displays Event Signage Hurdle at Navan on Saturday, with Carlingford Lough also on the comeback trail.

Jessica Harrington's 2014 Champion Hurdle hero has not been seen in competitive action since beating old foe Hurricane Fly on his first start over three miles at the 2015 Punchestown Festival.

The JP McManus-owned nine-year-old was pencilled in for a potential comeback in the Irish Champion Hurdle at Leopardstown on Sunday week, a race in which he finished third to Hurricane Fly two years ago and last of four runners the previous year.

However, he instead makes his comeback at a lower level in County Meath.

"I'm very happy with him at the moment and this race is for horses who haven't won more than one since May 3, 2015. He hasn't run since then, so he can get in," said Harrington.

"It's a good place to take him, he's got to start somewhere and it's a lovely race rather than starting him off in the Irish Champion Hurdle.

"We had him ready for Christmas, but he just got a little niggle right before he was due to run, otherwise he'd have been out then. We want to get him out now and hopefully he'll have another run before Cheltenham."

Jezki holds multiple entries at the Cheltenham Festival, with the Stayers' Hurdle seen as his most likely target at this stage.

"He's entered in the Champion Hurdle and the Stayers' Hurdle and we'll see how he gets on," his trainer told Racing UK.

This race should blow away the cobwebs ahead of his bid to win a third Irish Gold Cup at Leopardstown on 12 February. 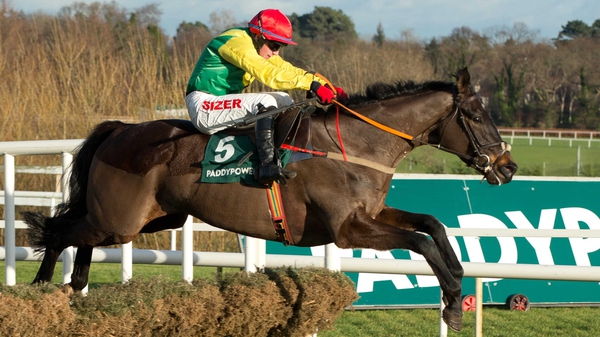