Annie Power and Faugheen, the last two winners of the Stan James Champion Hurdle, headline a 28-strong entry for the Cheltenham feature on 14 March.

Faugheen claimed the two-mile blue riband in 2015 for Willie Mullins but could not defend his title 12 months ago, after suffering an injury following victory in the Irish version of the race last January.

Stablemate Annie Power stepped into the breach and the mare ran out an impressive winner before adding further glory at Aintree. 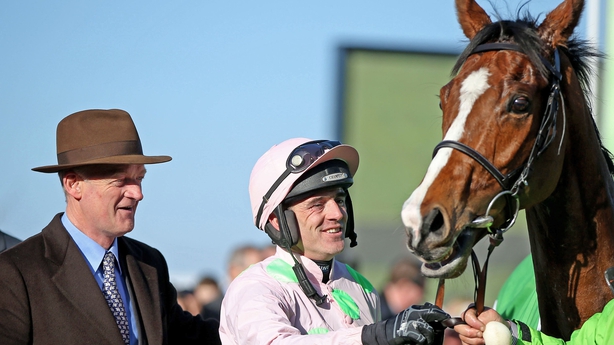 Neither runner has been seen yet this term, although Faugheen is pencilled in for Leopardstown at the end of the month.

Faugheen and Annie Power feature among nine entries for Mullins as he bids for a record-equalling fifth success in the race. 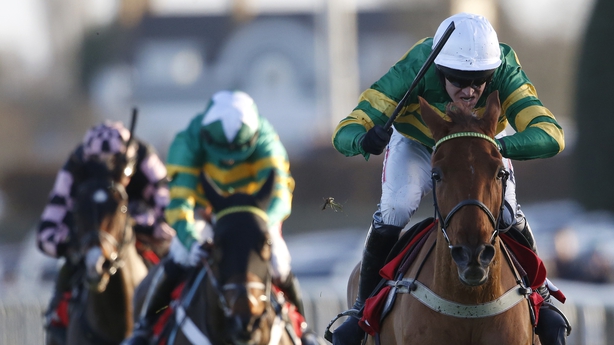 Alan King's Yanworth is the leading British-trained challenge and could clash again with The New One, who finished behind him in the Christmas Hurdle at Kempton last time.

Nicky Henderson has enjoyed five Champion Hurdles wins, more than any other current trainer, and his five contenders are headed by Brain Power.

The progressive six-year-old could be joined by stablemates My Tent Or Yours, Champion Hurdle runner-up in 2014 and 2016, Buveur D'Air, L'Ami Serge and Top Notch.

Last year's County Hurdle winner Superb Story is one of three horses entered by Dan Skelton, while Sceau Royal could be a second string for King.

Watch live coverage of racing from Leopardstown, including the €100,000 Coral.ie Hurdle, from 1330 on RTÉ2 this Sunday.